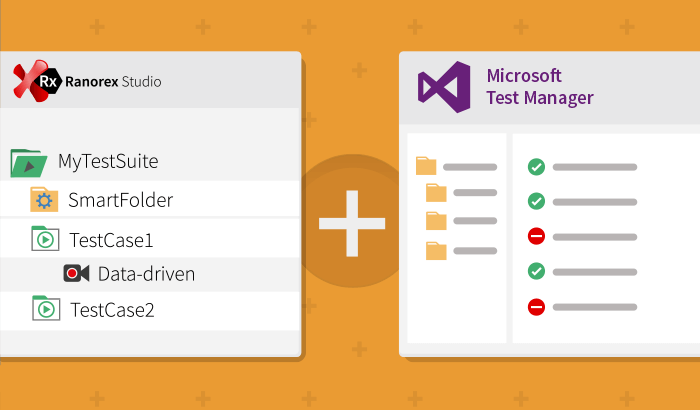 You will use this TFS infrastructure on a Visual Studio workstation to implement a Coded UI test, which will execute the Ranorex Studio test automation. This Coded UI test can then be added to a TFS test case as the associated automation process, as described in this article.

After providing a working infrastructure, you can create your Coded UI Tests with Ranorex Studio test automation.

You must have the Ranorex Studio main components – and at least a valid runtime license – installed on each machine on which you are going to execute Ranorex Studio code. 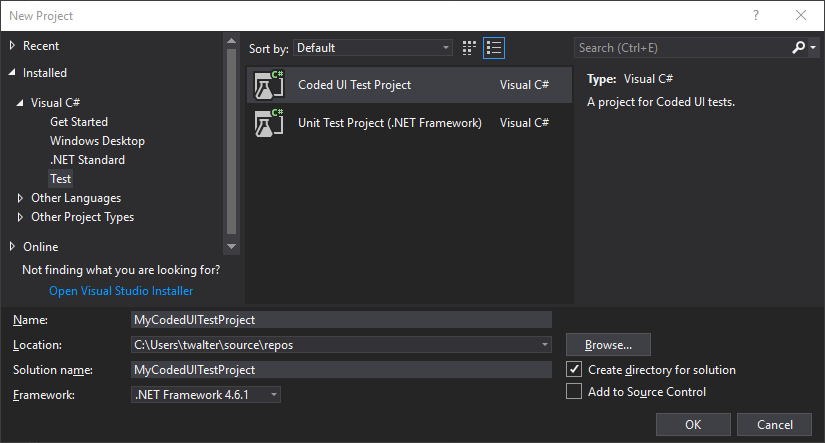 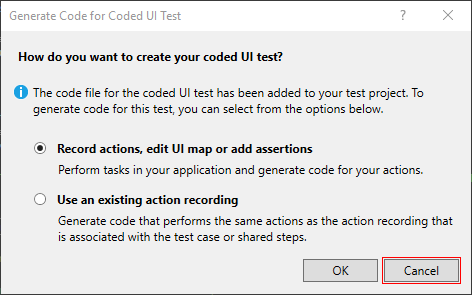 The new Coded UI test should contain a test method similar to the one shown below:

No matter which approach you are going to follow, it’s necessary to add references to the Ranorex libraries and add a “using”-directive for the Ranorex namespace as described in the “Visual Studio Integration”-section of our user guide.

After adding the references and the using directive, you can simply start writing your Ranorex automation code as usual.

Change the Output type of the generated project to Class Library and build your Ranorex Studio test suite (<F8>). 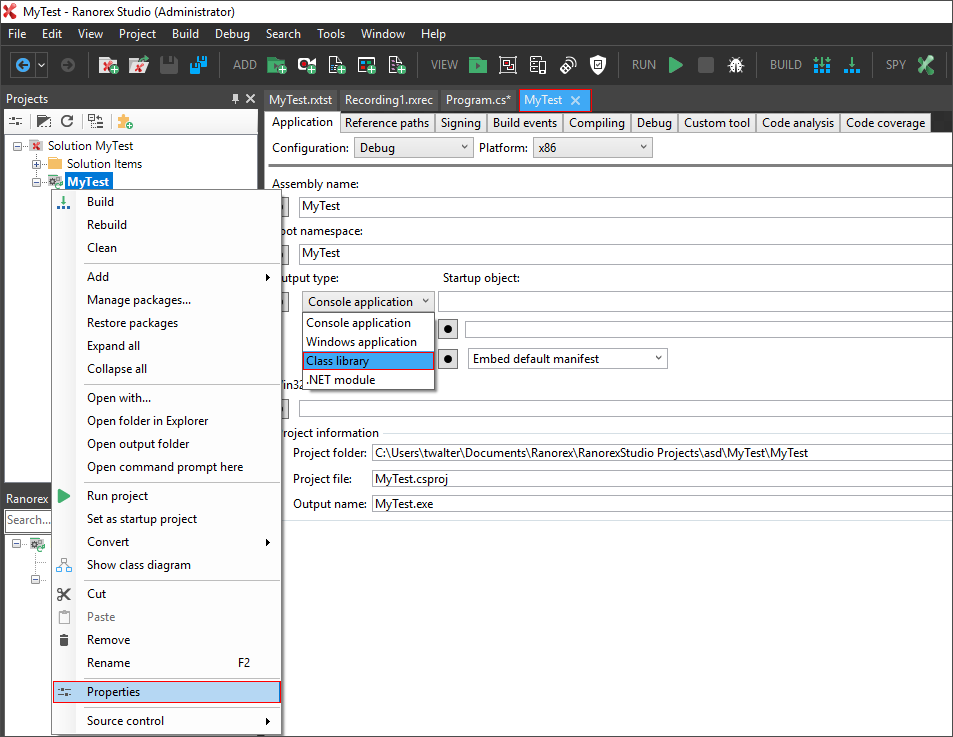 After doing so, add a reference to the Ranorex Studio test suite project to the Coded UI test project. 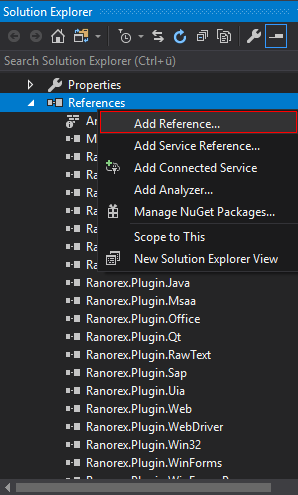 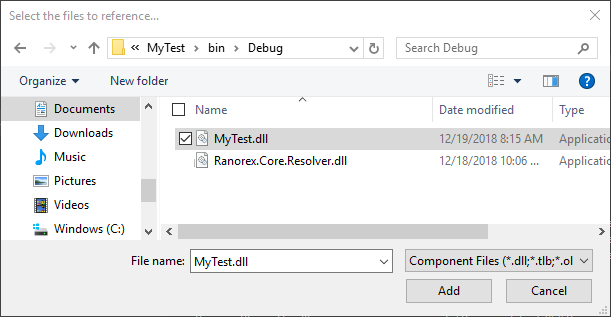 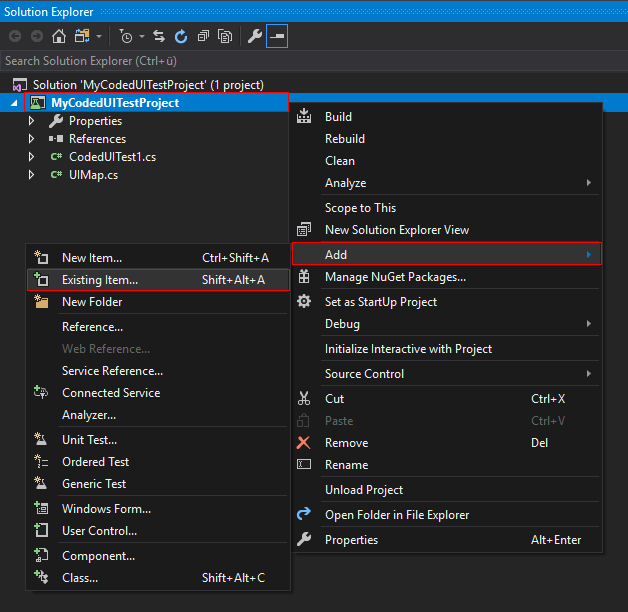 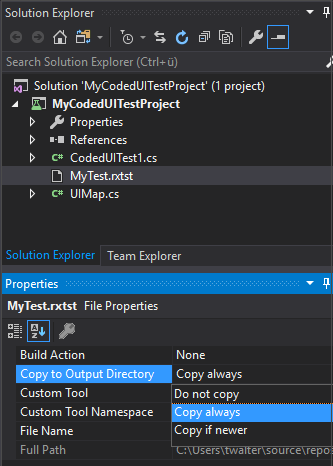 To execute the Ranorex Studio test suite, copy the test suite file to the test machine where the test will be executed.

This is done using the DeploymentItem attribute, which identifies the test suite file and the relative directory where the file should be deployed.

It is crucial that the Ranorex.Core.Resolver assembly is initialized before any other Ranorex core functionalities are used. It is this assembly which finds all other Ranorex assemblies at runtime.

Refer to the Ranorex Studio User Guide chapter Visual Studio integration › Write some Ranorex automation code, for instructions on how to initialize the assembly.

Now you can run the Ranorex Studio test suite from the Coded UI test method using the following code snippet:
The first line of the test method will set the abort key. This allows you to stop the automation script on the system under test.

The next line will start the test suite with the given command line arguments.

You can find a list of all available command line arguments in the  section “Running Tests without Ranorex Studio” in our user guide.

The next line of code attaches the zipped report file to the test results, which allows you to analyze the test run directly from MTM.

The if statement throws an exception if the test suite execution fails, which will make the test case fail, too.

After checking in the test and building the solution, execute the system under test by triggering the corresponding test case via MTM, as described in this article.

Following the steps in this blog post, you can integrate your Ranorex Studio automated tests in an existing Team Foundation Server infrastructure.

With this integration, you will be able to execute Ranorex Studio UI automation using Microsoft Test Manager.