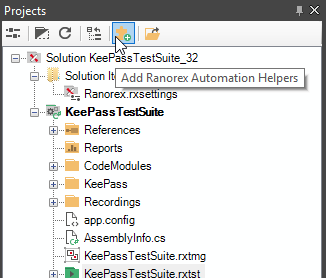 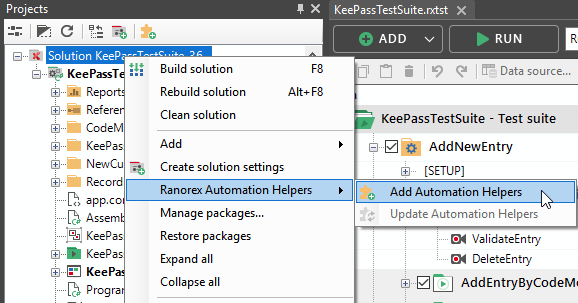 In the dialog window that appears, click Add Automation Helpers and then Close.

This is the easiest way to add the Automation Helpers. However, you can also add them as a new project through the File menu or to an existing project by using the NuGet package manager.

After adding the Automation Helpers, you can access their contents in the module browser and the user code library.

We’re always adding new content to the Automation Helpers, so we’ve made it easy to keep them up-to-date: