You will need to install the following software to work with TFVC in Ranorex Studio:

Don’t worry about the 2013/2015 designations in the software names if you’re using later versions (e.g. 2017) of Visual Studio or TFS. They are compatible and the TFVC integration will work.

Ranorex Studio will assist you with this dialog in case the required software is not present on the machine: 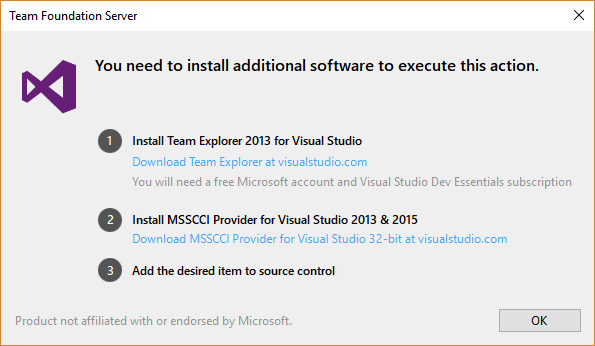 The MSSCCI interface supports single byte character sets (SBCS) only. Here you can find a description on how to change the code page. This means there is no MBCS support.

Add a Ranorex Solution to TFVC

Please make sure your Team Foundation Server infrastructure is set up and working. 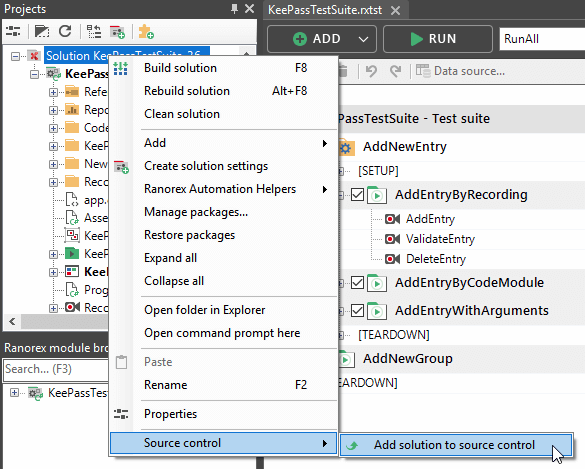 To add a new Ranorex Solution right from the beginning to TFVC check the option ‘Add to Source Control’ in the ‘New Project’ dialog. 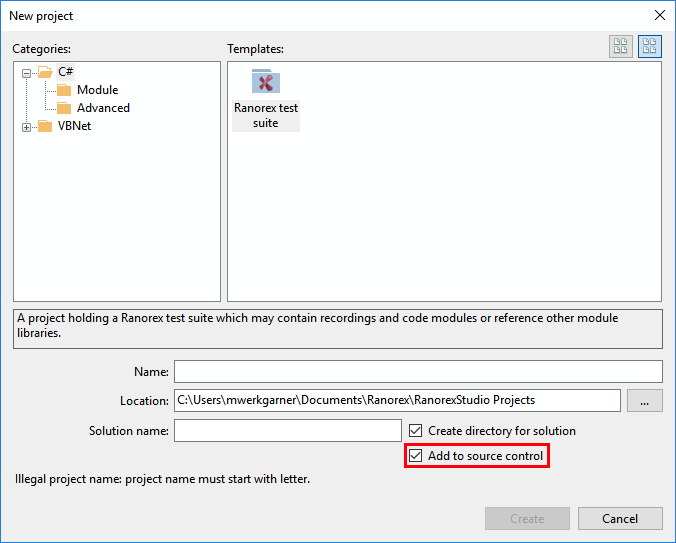 The ‘Source Control Wizard’ will be opened. 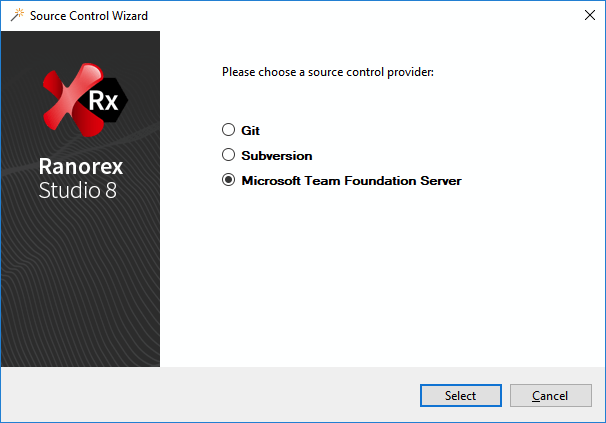 Choose the folder you want to add your solution to. 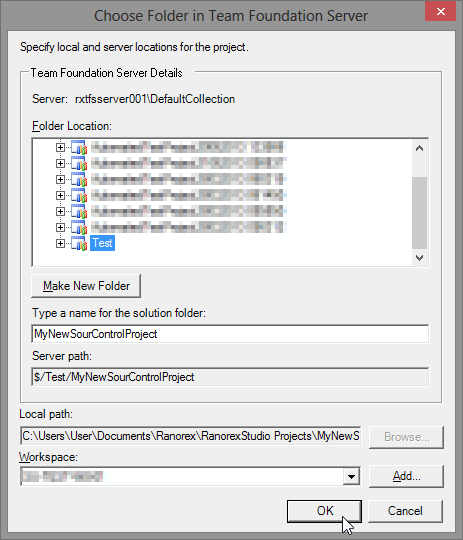 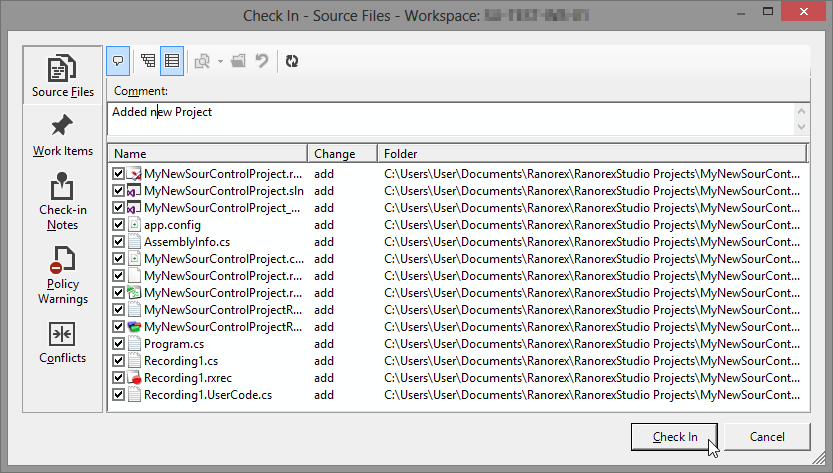 After performing these steps, your solution is under source control and your local copy is up to date. 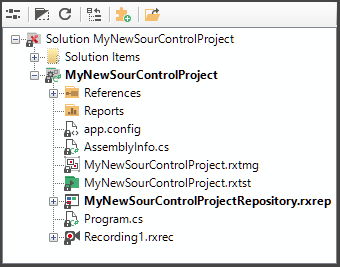 Check out a Ranorex Solution from TFVC

Please make sure your Team Foundation Server infrastructure is set up and working.

Specify the local check out Directory 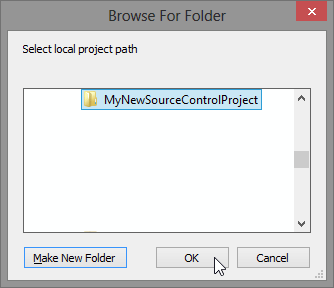 Choose the folder in the repository you want to check out from server.

The chosen solution will be checked out.

Overlay icons are added to the items in the Projects view in Ranorex Studio as the solution is under source control.

In Ranorex Studio Options you can find options related to TFVC.

If you are working with TFVC and running into performance problems with big solutions, uncheck ‘Enable file state ‘Modified’ check’. 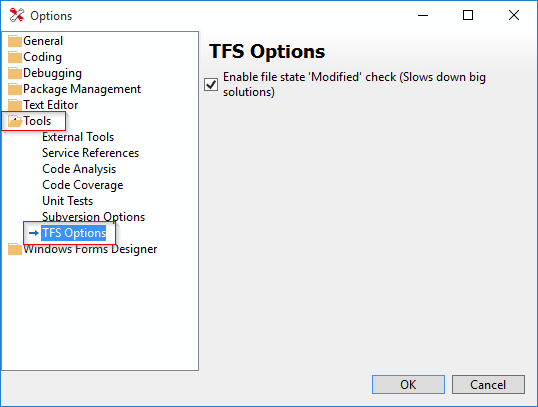 Take your Ranorex Studio skills to the next level Live webinar Jan. 27: Mastering Automation Helpers Register now No thanks, I am not interested