What Is Ranorex DesignWise and How Will It Help Me?

Ranorex DesignWise is a revolutionary test design optimization tool used by teams to quickly generate exactly the right tests for their needs.

It is used by teams in the early stages of the testing processes (and by teams when they’re creating scenario-based requirements). Benefitting from Intelligent Augmentation algorithms, DesignWise test sets have been repeatedly proven to find more defects (and find them more efficiently) than hand-selected test sets. DesignWise then integrates with tools responsible for subsequent steps like Ranorex Studio and test management products.

The approach to generate those ‘right’ tests is summarized below and in other articles, but at its core, the test suites by DesignWise are automatically optimized to maximize both testing thoroughness and testing efficiency by

systematically covering not only all user-specified requirements, but also 100% of all of the application’s critical interactions;

doing so in the lowest mathematically possible number of tests. 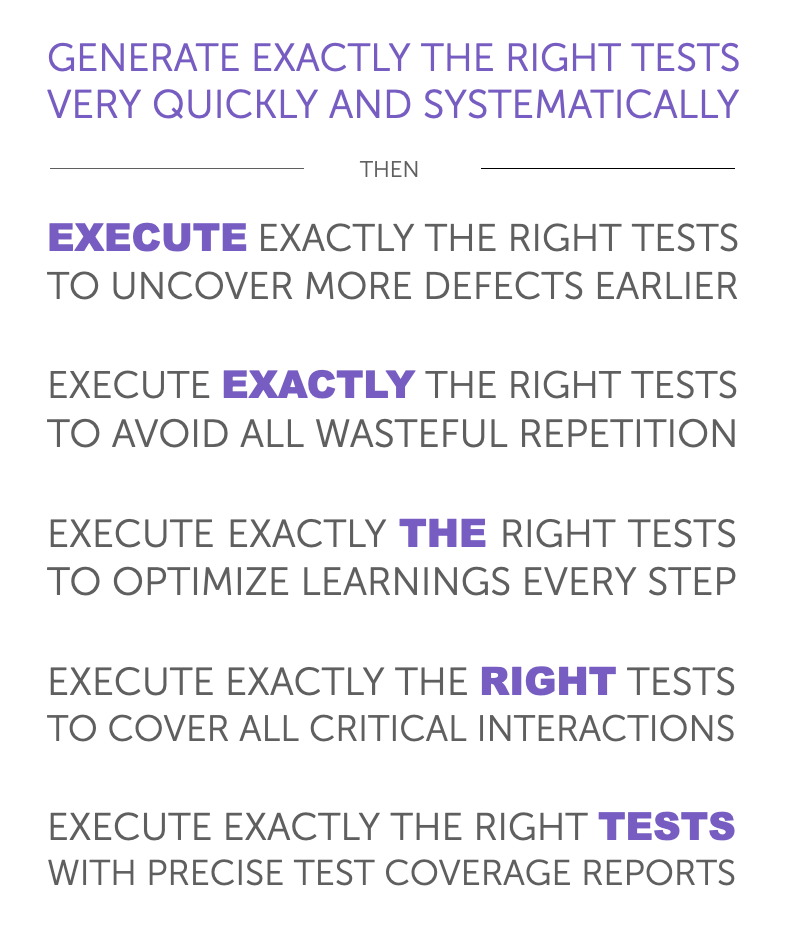 With DesignWise, you’ll test much faster. You’ll also achieve objectively much better testing. Let’s begin by discussing three key ways DesignWise will save you and your colleagues time before we explain how scenarios you’ll generate using the tool are far more thorough than the ones selected by hand.

Generate test sets in seconds at the push of a button

Generating tests in DesignWise is a fundamentally different process than selecting and documenting individual tests by hand, one by one. Generating optimized scenarios using DesignWise requires that a thoughtful designer starts by identifying inputs and variation ideas and entering those into the tool.

This process might seem strange at first, but typically doesn’t take long to get used to and it quickly leads to enormous speed and thoroughness improvements. Once you’ve identified your system variation ideas, you’ll be able to generate entire sets of extremely thorough and extremely efficient scenarios in seconds and adjust them as necessary.

Each time you generate a set of tests, DesignWise automatically creates insightful interaction coverage reports that make it clear exactly what (and what is not) covered after any scenario you choose. These visualizations facilitate clear and efficient communication between stakeholders. With DesignWise’s coverage graphs in hand, you will immediately have clear, actionable, and fact-based answers to the questions posed above and the related questions of “How many tests are enough?”

If a large percentage of your automated tests today are individually written using hard-coded variables, the SDET’s, Developers, and/or automation engineers responsible for scripting and maintaining those would love our tool.

DesignWise enables accelerated, optimized in-sprint automation because you can:

While DesignWise does not create fully-executable automated tests, the skeletal scripts can be quickly converted & completed by your colleagues with coding skills.

Tests generated with DesignWise are both more thorough AND more efficient than hand-selected ones.

The most common type of wasteful repetition is that certain system paths and certain combinations of test inputs get tested again and again in test after test. 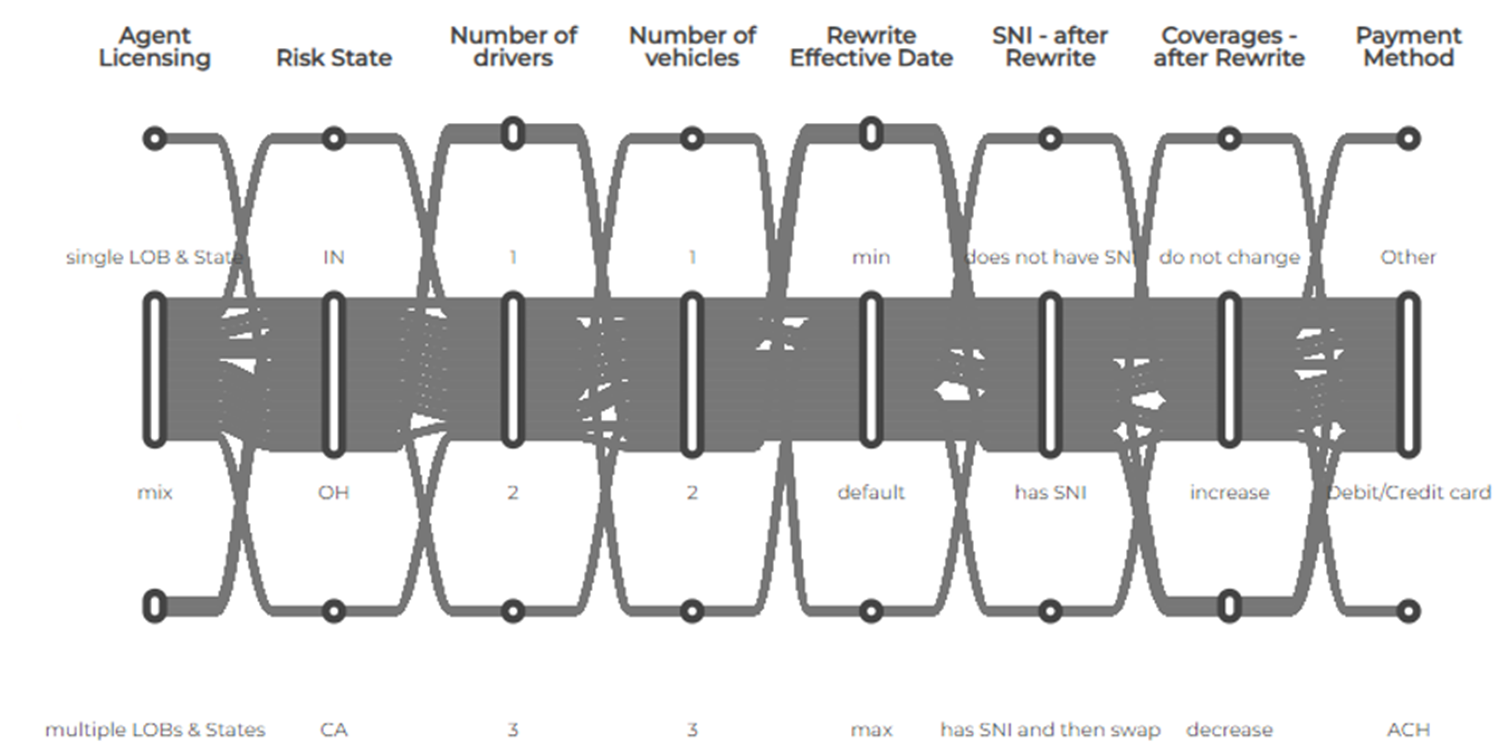 Based on our experience analyzing thousands of hand-selected test sets, even when those sets achieve “requirements coverage,” they consistently fail to thoroughly test critical system interactions. 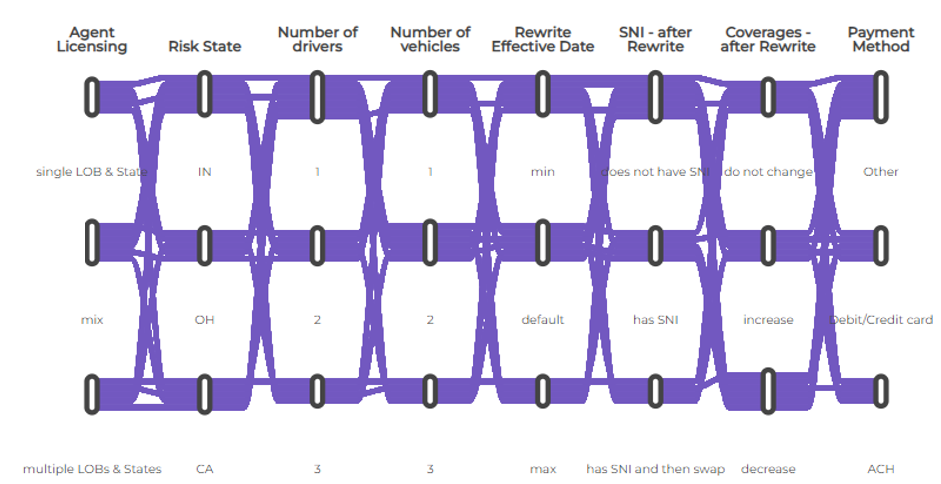 Wasteful repetition is a much larger problem than most teams realize because selecting scenarios by hand also inevitably leaves important coverage gaps. A “foreign” transaction type gets tested. An “extra large” transaction size gets tested. But those two ideas do not get tested together. 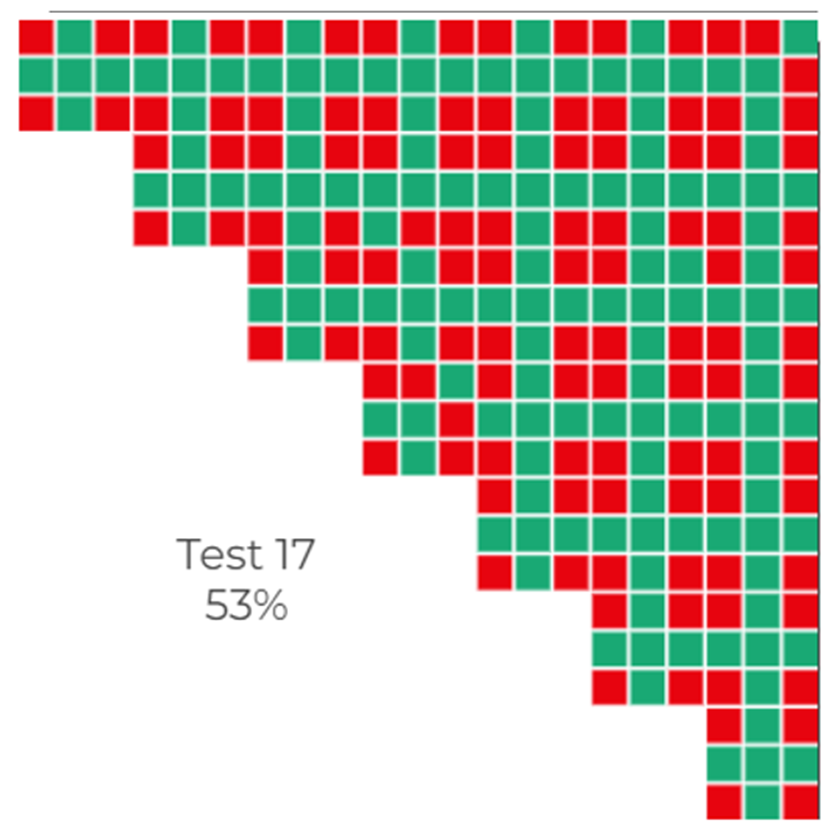 DesignWise uses sophisticated test generation algorithms powered by Intelligent Augmentation to systematically eliminate these coverage gaps. Whether a system under test has 50 critical interactions or 50,000 critical interactions, DesignWise will keep track of 100% of them and ensure your tests cover all of them (and do so in the fewest possible scenarios). 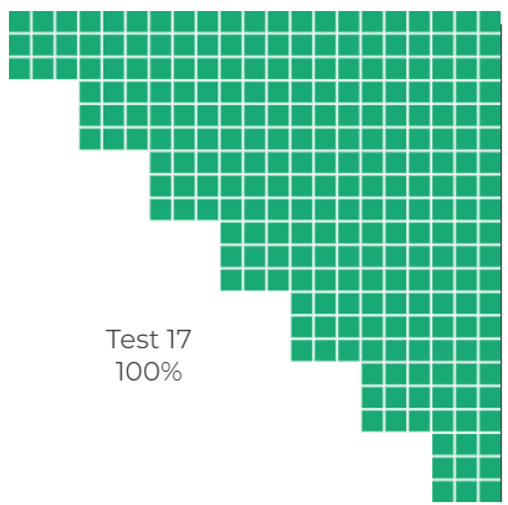 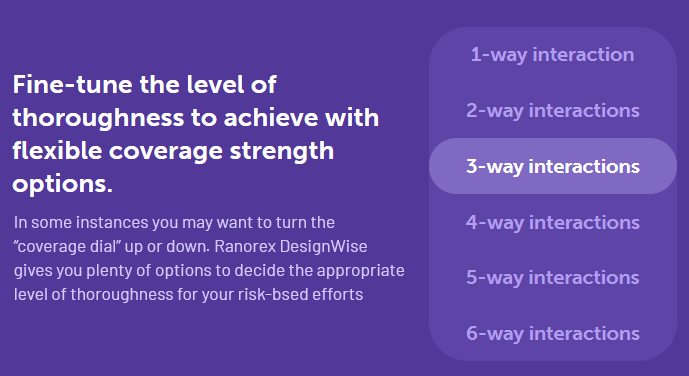 The majority of software defects are triggered by simple interactions within a system. DesignWise will guarantee that 100% of those system interactions are covered in as few tests as possible. 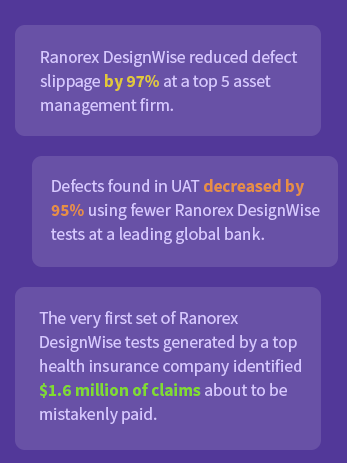 ← Onboarding Checklist Getting Started with DesignWise →