How do I create a risk-based testing plan that focuses more coverage on higher priority areas?

One straightforward risk-based testing technique (at the value level) is to simply enter a specific value multiple times in the “Inputs” screen. Entering “Male, Male, Female, Male” as Values, for example, would result in “Male” appearing three times as often as “Female.”

A more powerful risk-based testing strategy (at the parameter level) is generating Multi-Strength test sets, as described in the following example. This feature can be helpful to use in many (if not most) of the plans you will create. 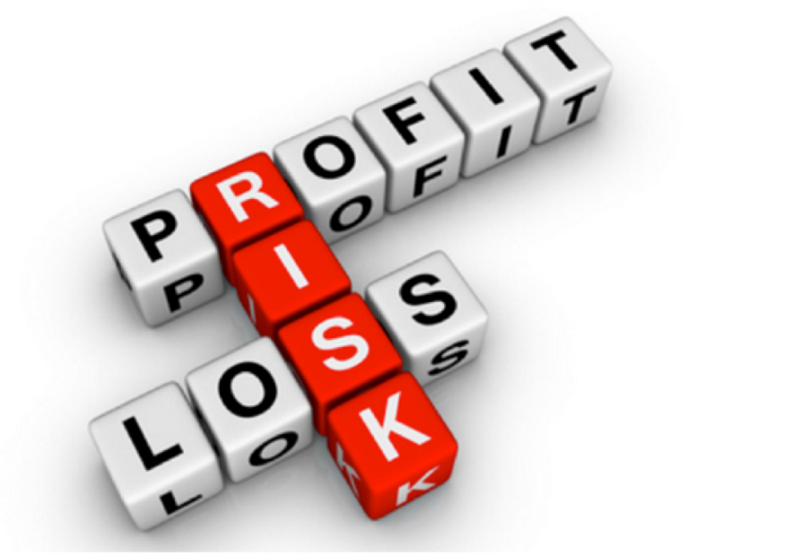 We have a mission-critical application that includes several large changes in this release. We’ve filled in parameters for our System Under Test, and we see that a 2-way solution based on our variation ideas would require 87 scenarios.

Curious to see how many tests would be needed for a more thorough test plan? Generate a set of 3-way tests! Unfortunately, this more-thorough solution requires almost 5 times as many tests. Ugh! We don’t have time all of those! 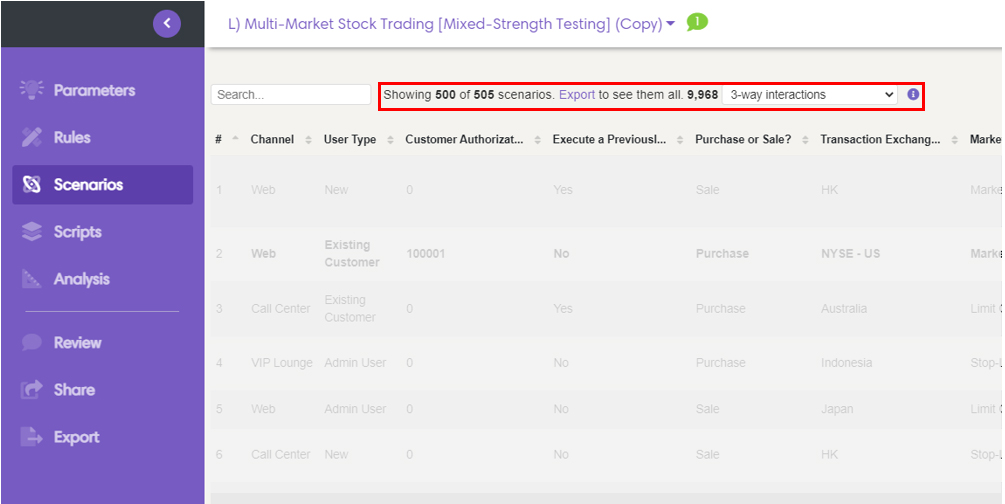 Determine what Values we want to devote more thorough testing

What we want to do now is to generate a set of scenarios that will focus extra coverage on the high-priority parameters below, while maintaining pairwise coverage for every Value in our plan. Creating a “Mixed-strength” model will allow us to do exactly that!

Next, identify at least 3 Parameters which you would like to receive extra thorough coverage. Click on “Reapply” to generate a new set of scenarios

Comprehensive coverage for all Values in those 3 columns is achieved with one another AND achieves 2-way coverage of all the possible pairs of Values.

Simple math tells us that to test every possible combination involving all of the 3 sets of high priority Values requires 3×6×14 = 252 tests. All 252 of these 3-way combinations are included in the 120 Mixed Strength (“Risk-Based Testing”) scenarios that we created… 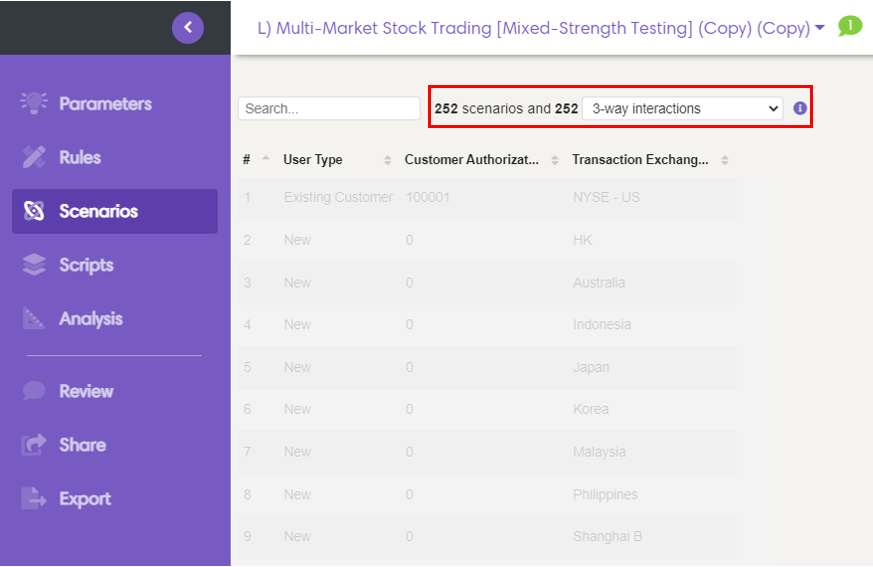 In addition to achieving comprehensive 3-way coverage of the high priority Values we identified, the 252 Mixed-strength scenarios we created ALSO made sure that we tested every single pair of Values together in at least one test case.

The DesignWise test generation algorithm is able to achieve both of these objectives in only 252 tests.

In short, even after focusing additional thoroughness on our three highest priority sets of values, we generated a solution with only 252 Mixed-strength tests (versus almost 2 times that many in the unweighted 3-way coverage option). We were able to focus the additional coverage where we wanted it without generating lots of additional scenarios that we do not have time to execute.

← How do I create extra-thorough sets of scenarios? Preserve test conditions with the "Freeze Tests" feature →