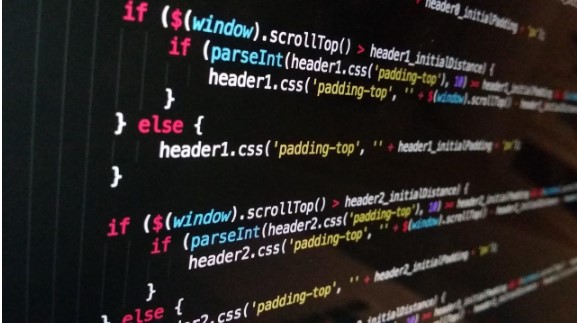 Black box testing lets you check functionality and gain a glimpse of performance from the user’s perspective. Follow these techniques to optimize your black box testing workflow.

Software testing inevitably carries multiple iterations with it and requires familiarity with the product inside and out. You may need knowledge of your software’s code or configuration for some stages of the design cycle, but other phases only require a look at the inputs and outputs to see if it delivers as promised. That’s what black box testing is for.

A way of evaluating the functionality, usability, and security of a product without any knowledge of the code inside, black box testing is an efficient way to glean insights about the performance of your software — especially from a user’s or hacker’s perspective. In this article, we’ll answer the question, “What is black box testing?” compare it to similar testing forms, name a few of the most effective black box testing techniques, and explain how testing automation can help.

What Is Black Box Testing?

Also known as behavioral testing, black box testing refers to the methods used when those testing your software have no knowledge of the code, architecture, or configuration that it actually consists of. They may be given a set of use cases or requirements under which the software is expected to run, but regarding the inner workings of the software design, the testers are left in the dark.

There are three different types of black box testing. They are:

Because it can be used to examine functionality, usability, and reliability across all subsystems, black box testing is an effective way to evaluate software performance from end to end. It’s also especially secure for organizations that wish to protect any trade secrets associated with their software, as testers are unable to view any source code that may be proprietary.

How Is It Different From White Box Testing?

While black box testing is conducted without any knowledge of your software’s design, white box testing is carried out with a clear view of the specifics of your code. Useful for identifying and remediating flaws in data patterns, broken pathways, or defective code, white box tests focus more on the internal structure of your software, and they’re more in-depth than black box tests.

The increase in transparency makes for other differences in how white box testing and black box testing are performed. This list is not exhaustive, but some of the biggest ones are:

Another testing option that your development team may wish to consider is gray box testing. A hybrid between the two, gray box testing gives analysts a way to test applications and environments with only a partial knowledge of your source code or architecture.

There are several black box testing techniques that your development team can use to determine the performance of your product, and the one you choose can depend on many factors — such as application, system design, and use cases, to name a few. These black box tests can help you resolve the most common software errors that developers face and can speed up your product design journey.

Software often determines its outputs based on a set of conditional operators that are guided by the inputs it receives. If they know the possible input and outputs, developers can model the software’s code by creating a decision table and performing their test based on that.

For example, a business’s hiring platform may ask a prospective employee if they have certain credentials as they’re applying for a job — if they do, it may ask other questions, and if they don’t, it rejects the application. If a developer knows these conditions, they can form a decision table modeling all potential causes and effects and test each one — without any knowledge of the source code.

Many software errors occur at the boundaries of their sets, so confirming that your product works at these endpoints can be a good indicator that it functions everywhere in between.

Testers don’t have the time or resources to check every input and output, and since boundary values can be the most problematic, testing these can reveal the most bugs and can give an idea of the functionality of the whole. For instance, if a random number generator is designed to output a digit between 1 and 10,000, testing the values 0, 1, 10,000, and 10,001 would ensure that the generator performed within its desired range and would point to a healthy system for the other 9,999 values without testing them all.

Similar to checking for errors at a product’s boundaries, some products should be tested where they change their state.

As an example, password checkers may lock a user’s account after three failed attempts, thereby altering the state of the platform. When developers know this output — and the input that triggers it — they can attempt to activate the transition of state by entering incorrect passwords three or more times to see if a lockout occurs. Software failure often occurs at state transition points, so using this black box test can ensure proper software response.

Another example of black box testing is equivalence partitioning. This method is well-suited for software whose inputs can be grouped into specific categories. Once they are, one input from each category can be tested, rather than analyzing them all.

For instance, an e-commerce platform may base the prices of its products on the number of items a customer wishes to buy. If an item’s price changes after a certain quantity are ordered, the platform could be tested at the threshold of each pricing level, instead of checking all possible inputs. This kind of categorizing can save time during the testing process without sacrificing the accuracy of your software.

As its name implies, some software errors can be found when testers simply guess at the most common errors that developers make. An experienced tester will know where mistakes are most often made and may test for them based on a hunch. Some examples may include numeric values in text-only fields or text values in numeric-only fields.

Get the Black Box Testing Tools You Need for Testing Automation

Useful for observing functionality, usability, security, and a host of other essential software aspects, black box testing is a critical part of bringing your product to life.

At Ranorex, we offer a black box testing tool that improves your software development through data-driven testing. We know what the best automation practices are, and we leverage them to help you create the software you envision. Check us out today.