From our founding in 2007, Ranorex has been dedicated to empowering software teams with comprehensive UI testing tools that can handle even difficult-to-automate interfaces. Our flagship product, Ranorex Studio, provides all-in-one UI test automation across desktop, web and mobile devices. Test automation experts can use Ranorex Studio’s full IDE, with its open APIs and tools for intelligent code completion, refactoring, debugging and more. Automation novices can use Ranorex Studio’s capture-and-replay tools and built-in methodology to rapidly build reliable, maintainable tests while expanding their automation skills. All members of cross-functional teams can collaborate on solutions by sharing reusable object repositories and test automation modules. Ranorex products are supported by a team of professionals dedicated to your success.

Learn more about our customers 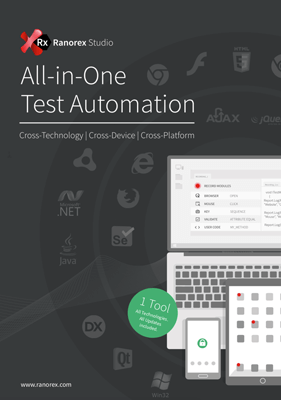 To learn more about Ranorex Studio, download our product brochure.

Trusted by over 4000 companies worldwide 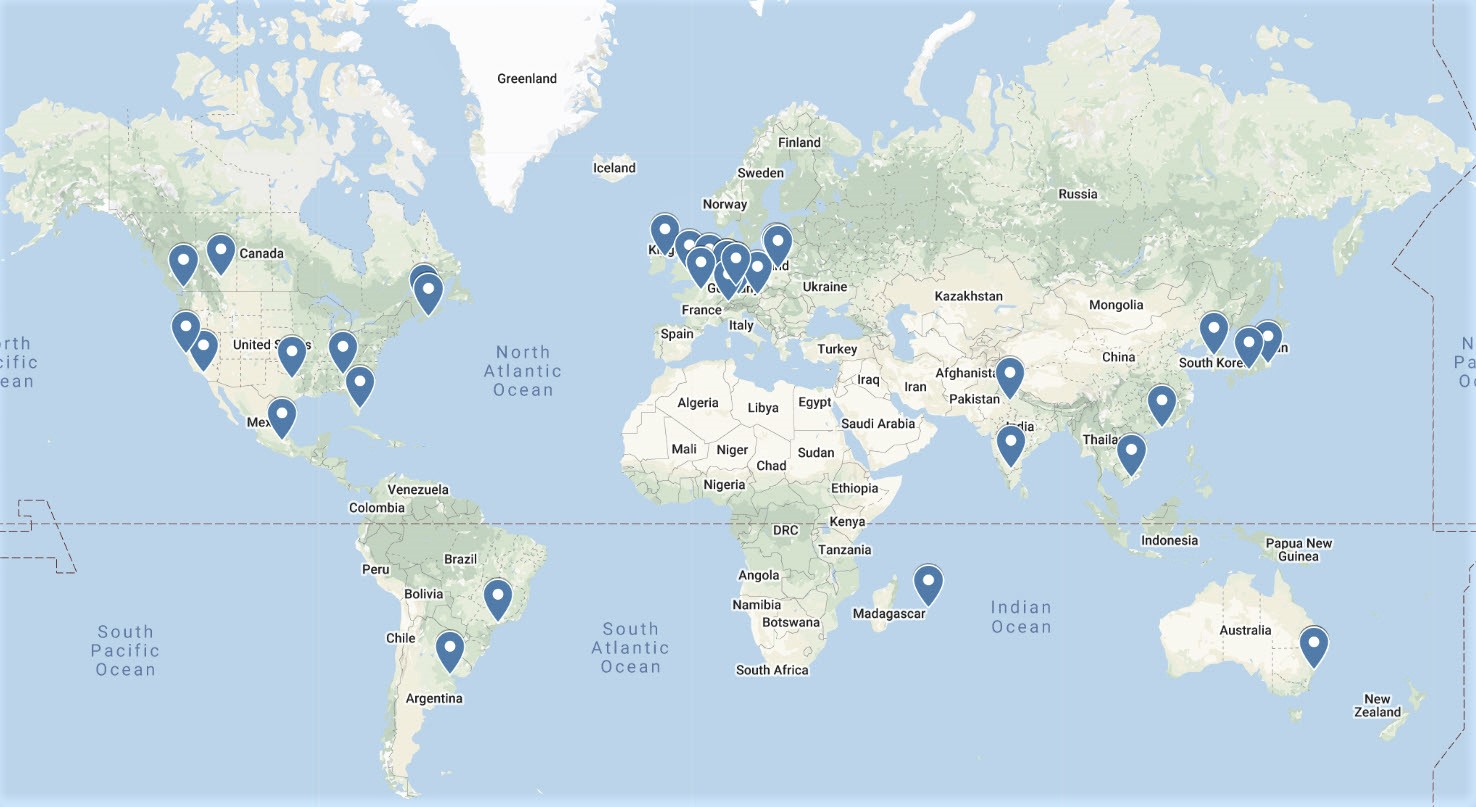 An international company with worldwide partners

Ranorex is an international company with partners all over the world. Our distributed product teams apply agile principles to deliver best-in-class solutions for organizations of all sizes.

Ranorex has been included in the Gartner Magic Quadrant for Software Test Automation in 2015, 2016 and 2017; and was named a software test automation market leader by Zion Research.

Learn about careers at Ranorex

Ranorex was founded in Austria in 2007, with a vision for revolutionizing the way that testers and developers collaborate to ensure the quality of software products. The first version of the Ranorex test automation solution was released as a free tool. It quickly won recognition at the following year’s BASTA conference, the largest annual .NET conference in Switzerland, Austria, and Germany. The enthusiastic reception to the free version led to the development of a professional version that included free updates and technical support.

Just one year later, with over 90 percent of sales outside of Austria, Ranorex was recognized by the state of Styria’s Chamber of Commerce with the Styrian Export Award. The company’s industry-leading solutions and commitment to customer success continued to fuel rapid growth. Ranorex was recognized again in 2017 by the Federation of Austrian Industry, who listed Ranorex among the Austrian “IT gazelles,” or fast-growing IT companies. In 2017, Ranorex was purchased by Idera, Inc., based in Houston, Texas.

Ranorex is an Idera, Inc. company. Idera, Inc. is the parent company of global B2B software productivity brands whose solutions enable technical users to do more with less, faster. Idera, Inc. brands span three divisions – Database Tools, Developer Tools, and DevOps Tools – with products that are evangelized by millions of community members and more than 50,000 customers worldwide, including some of the world’s largest healthcare, financial services, retail, and technology companies.

Idera, Inc. delivers solutions for every part of the DevOps lifecycle.