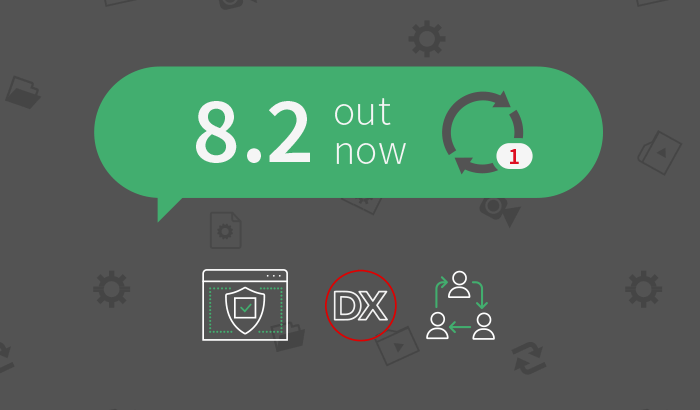 Download Ranorex Studio 8.2, and unleash your QA process today! Our latest release features performance enhancements and tools for working together so you can get more done – whether you’re a team of 100 or a team of 1. This release also introduces support for Delphi controls.

When members of a team are working on a shared automation solution, merge conflicts are inevitable. It can be challenging to resolve these conflicts manually. Ranorex Studio 8.2 offers two approaches to reducing merge conflicts and managing them when they do occur: support for multiple test suites in a single test project, and the new Ranorex Magic Merger tool.

Use multiple test suites to organize your test project into separate functional areas, each assigned to a different team member. Or, take the “playground” approach, where team members work on their test cases in individual test suites, and then move them into a production test suite when they are ready for use.

The Magic Merger is designed to be integrated into your Subversion, Team Foundation Server, or Git source control system as the default merging tool. When merging Ranorex test suite files (.rxtst), repository files (.rxrep) and project files (.csproj), the Magic Merger automatically resolves up to 90% of conflicts, reducing the need for manual intervention. When a conflict can’t be auto-resolved, a visual assistant helps you understand and resolve the conflict without diving into the file structure.

Ranorex Studio test solutions now load and build faster. This release also introduces the ability to whitelist processes belonging to the application under test, so that Ranorex Studio can ignore unrelated processes such as those created automatically during Windows startup. Process whitelisting allows Ranorex Spy to identify UI elements more efficiently and helps test runs to complete faster. In addition, the process whitelist prevents Ranorex Recorder from capturing any unrelated actions during a recording session, such as closing an unexpected meeting reminder or Windows update notification.

Release 8.2 provides improved support for automating applications developed with Delphi versions XE2 and later. This includes support for VCL, as well as direct support for all standard Delphi controls and properties and popular third-party controls DevExpress and TMS. The result is faster and more stable automation for applications created with Delphi. This release includes backward compatibility for tests automated with the GDI plug-in.

In addition to these major changes, release 8.2 also includes the following improvements:

Read more about Release 8.2. on our What’s New page.