How AI Will Impact DevOps 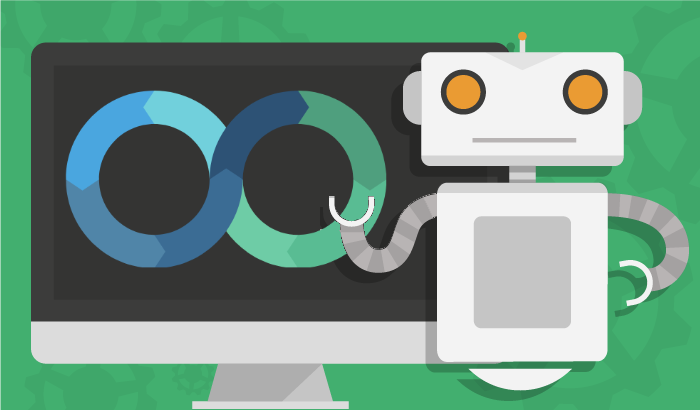 DevOps has become one of the most popular software development terms in the past decade. It is a practice where the development and operation teams work as one unit and help each other release products faster and with fewer problems. Organizations realized that delivering high-quality software depends on not just one phase of the development process; it is all the phases, starting from the requirements until the release and production monitoring.

Advancements in artificial intelligence (AI) continued the conversation within organizations. Teams that realized the advantages DevOps can bring started wondering how they could apply AI to DevOps so they can immediately harness its benefits.

Here are four ways that AI will impact DevOps in the near future.

Developers are under pressure to write code faster than before to meet exponentially increasing customer demands. If new or junior developers are just starting to learn the system, it becomes a huge bottleneck.

With the help of AI, developers can become smarter with the development process and use a program that can detect and learn coding styles and make suggestions accordingly. There are various tools available to aid developers, like Microsoft’s Intellicode, Kite and Codota.

Code reviews are an essential part of the development process that catches defects early, before they leak into the testing phase. These reviews help create transparency as the entire team gets a picture of what everyone is working on and their productivity level. Also, it helps non-developers who attend these review sessions to get insights into how the feature is developed, as well as knowledge of the programming language. The downside of humans doing code reviews is there is a high degree of subjectivity.

A study published in 2018 found that only 13% of pull requests are rejected due to technical reasons. Code written by junior developers does not receive priority compared to code written by experienced developers. This is an organizational problem, but it is also a common occurrence among teams for several decades now.

When applying AI to code reviews, these kinds of subjective problems can be minimized. AI also can automatically give unique code suggestions for every single piece of code analyzed, which saves teams a considerable amount of time. Amazon’s Code Guru is an excellent example of one such tool.

DevOps environments have many tools and frameworks to automate processes. Given this context, it becomes harder for teams to identify problems as the pipeline becomes more complex. This is where AI can help.

Using intelligence automation, we can proactively identify problems even before they occur. In case of failures, the AI will quickly pinpoint the source of the failures, aiding in faster troubleshooting.

There are millions of bits of data flowing through the DevOps pipeline. It is close to impossible for the human mind to make sense of all this data and find patterns in it. Companies have shifted to using AI to comb through trillions of datasets and distill insights that can make the development process leaner and release cycles faster. Most importantly, it helps stakeholders make informed decisions about the features shipped to the customers.

AI is unleashing a new evolution in DevOps practices. With the power of AI, organizations can make their pipelines much faster, leaner and smarter. Some human intervention can be eliminated, and we can find patterns in data that we never thought possible.

AI and DevOps together are the new future of software development.