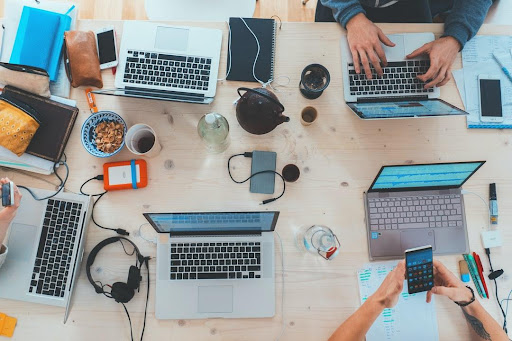 When it comes to developing a piece of software, programmers get to choose from virtually limitless strategies and approaches. For developers and their parent companies looking to create a user-driven software application, focusing on the final experience and how potential users may interact with the software is the best course of action.

From day one, developers are encouraged to keep the behavior and habits of potential future users in mind, taking up a behavior-driven development testing approach throughout the build.

An Overview of Behavior-Driven Development (BDD)

Behavior-driven development (BDD) is an approach to the software development process that prioritizes the ongoing collaborative process among developers, customer representatives, and quality assurance (QA) professionals throughout the duration of the development. The primary motive behind using a BDD strategy is planning and designing an application that caters to the users’ behavior and meets their expectations.

While the BDD process can vary depending on the industry and the niche the application is going to occupy in the market, it doesn’t stray far from the importance of conducting behavior-specific tests on beta testers that match the criteria of the target demographic. When done periodically and effectively, the tests allow the developers to draft an outline of executable scenarios and how they would best integrate into the software product.

The Benefits of BDD for the Software Development Process

Utilizing the BDD process in the right circumstances can have major benefits that encompass the entirety of the development process and the success rate of the application in the market afterward.

Some notable benefits of employing the BDD strategy in your software development process include the following:

Strengthens the collaborative process: By including the expertise and viewpoints of various departments and team members, the developers can gain a higher level of in-depth visibility into the project.

Code reuse: The automation of code implementation can be more modular, enabling developers to reuse code among different scenarios depending on reports.

Reduces bloat code: BDD reduces the quantity of work and unnecessary code by focusing more on cross-team and cross-developer communication.

Boosts adaptability and flexibility: With documentation that outlines the reason behind implemented changes, the course of development is much easier to adjust, and communication can be done through plain language.

Automation support: The BDD approach makes conducting automated tests more straightforward, where the developer would only need to write the function required to perform the operation.

Puts users first: BDD is a user-oriented approach that puts their needs and feedback at the front and center of the software development process.

Evidence-driven: With each step of the development process relying heavily on both small- and large-scale tests, BDD promotes a quality-first approach to implementing features and fixing bugs and errors.

Potential Challenges That May Arise

BDD is only one of many approaches to software development. It’s not the optimal solution for every development team structure or type of project. For one, BDD requires frequent testing and feedback from various departments in the company, as well as any included beta users. The tests alone could pose a financial strain on your budget that could’ve been invested in more expertise.

Another obstacle with BDD is team size. The strategy demands a lot of upfront work and preparations that can pose an issue for a smaller team that specializes in rapid projects. All time put toward preparing and accommodating the BDD strategy is time and effort that could be redirected toward the project.

Another prominent challenge is the lack of software developing and coding expertise among the included departments and project teams. Customer experience and QA professionals are unlikely to have the same level of expertise in software development and coding languages in general, which could hinder clear communication and set expectations.

The 3 Practices of BDD

While integrating the BDD strategy into your software development, you can expect the process to go through primary phases: discovery, formulation, and automation.

The discovery phase of the process is the first step where the software development team gets together to decide the methodology and acceptance criteria to be used in the tests.

This phase is collaborative in nature, requiring the input of all participants, from the project manager and developers to the assigned test conductors and customer experience team members. No actual development or programming takes part in this stage, but it sets up a roadmap and a step-by-step guide that highlights the development time, features, and target market and audience.

There’s no overlap in the timeline of the discovery and formulation phases. The formulation phase is where detailed and data-backed test results are added to the more ambiguous criteria, demands, and features highlighted in the previous phase.

The formulation phase precedes the actual implementation of features and changes. It’s when the tests and data gathering are conducted and ensured to meet the standards of quality and acceptance previously outlined. The QA department would be intensively invested in this phase, formulating test criteria into actionable features to implement.

The third and last stage in the BDD process is automation. Tests deemed beneficial and informative are set to automatically repeat, analyze, and validate tests and test results, reducing the time, energy, and human resources expended on data gathering and testing in the previous two phases.

When you reach this step successfully, the BDD strategy becomes more productive than it is resource-intensive and can be continued indefinitely until the final version of the software is fine-tuned to the QA’s standards.

The primary advantage of using BDD is anticipating the users’ behavior and planning ahead to accommodate them. A common behavior drive development example is optimizing the user experience of a multilanguage login page.

Given: The user inputs their login credentials.

And: The user has entered the correct login credentials.

Then: The user is directed to the application’s homepage.

An alternate scenario would be:

Given: The user inputs their login credentials.

And: The user has entered incorrect login credentials.

Then: The user receives an “invalid login” message in the set language and is offered a “forgot my password” clickable option.

A similar breakdown process can be applied to a virtually endless variety of scenarios encompassing the languages, themes, and view modes the software is going to be available in. Conducting tests ensures you receive data on actual user behavior, instead of only trying to put yourself in their shoes.

BDD vs. TDD: Which Is Better for a Software Development Team?

TDD stands for test-driven development. Instead of focusing on how users interact with the various features, capabilities, and limitations of a piece of software, TDD focuses on passing tests, where programmers implement the simplest lines of code to avoid duplication or bugs from activation.

While BDD is a team-based approach to software engineering, TDD is a development practice where the tests are all written by the developers themselves. Furthermore, the documentation of BDD is done in a readable human language that’s accessible to all departments and individuals invested in the development process. On the other hand, TDD test cases are written directly as code using one or more programming languages.

BDD is also a more inclusive solution that doesn’t include any of the application’s developers or the company’s shareholders. It’s capable of improving software requirements and providing highly testable use cases that rely on the anticipated user behavior rather than individual problems. Effectively, BDD is a more effective and team-friendly alternative to TDD.

As in most real-world applications, a strategy is only as good as the framework of its implementation. For BDD, the best framework for you depends on your development team and organization’s requirements.

The following are a few of the most well-known BDD testing frameworks you can implement:

Cucumber is a BDD testing framework and software that’s written in plain English-language text named Gherkin. It enables you to input human behavior collected through tests into a software concept of input-process action pairs.

Cucumber supports a number of programming languages that many developers are familiar with, such as Java and JavaScript, which shorten the learning curve of using this framework.

Codeception is a free and open-source BDD testing framework. It’s a full-stack PHP-based framework that can be cross-opted for unit testing, API testing, and functionality testing.

This is a more developer-focused BDD testing framework that’s slightly harder to use for nontechnical individuals.

SpecFlow is a BDD testing framework most often used for .NET testing. It’s available as both a free open-source tool and a premium SpecFlow+ version.

It enables developers to write and automate the feature files code in C# and various .NET methods to help boost development speeds and productivity.

There’s no doubt that BDD is the future of team-based software development. However, knowing the strategy isn’t enough, as you need the proper tool to enforce and best utilize the necessary frameworks.

You can optimize for automation success in every one of your software development projects by using Ranorex Studio. The flagship offering of Ranorex, one of the world’s leading test automation software companies. Ranorex Studio is used by developers and QA teams to automate and streamline the testing process and produce faster results and feedback.

Sign up for a Ranorex Studio free trial today and experience the power of efficient software development.