Beyond Shorter Cycles: 5 More Benefits of a CI/CD Pipeline 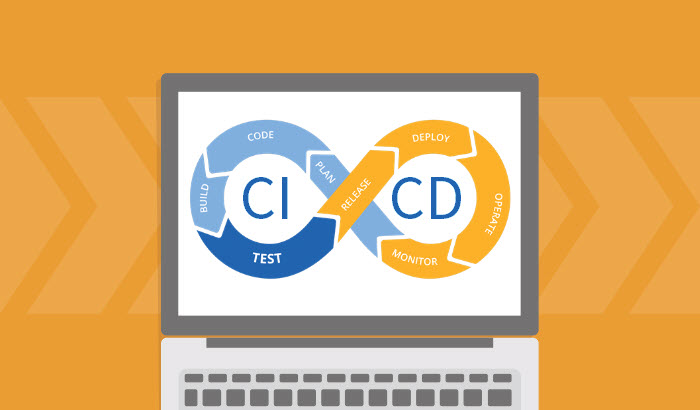 Gone are the days when developers would build a product for six months and then finally push it to testers to validate it. The obvious reason teams had to change this approach was that finding defects late in the development process and fixing them proved to be wasteful in time, effort and cost. Now, it is all about finding defects as early as possible and releasing products in smaller increments. This helps to deliver features at a faster rate and get quicker feedback.

One approach that has helped speed up this process is implementing a CI/CD pipeline. Although it may take considerable effort to enact a CI/CD transformation, the benefits outweigh the initial effort it takes. CI/CD gives the freedom to push any change without being afraid of breaking anything. We have different points where we can catch defects and fix them immediately. Features are developed incrementally, tested immediately and deployed automatically.

The availability of version control tools like Assembla, Docker containers, and feature flag tools that can turn on or off some portion of the code at any point in the CI process gives teams the flexibility to have production-ready code at any instant.

In addition to faster deployments, here are five additional benefits from implementing a CI/CD pipeline that you might not have expected.

Testing and deploying code frequently helps to reduce the risk level of the project. You detect bugs as early and as fast as possible and can take immediate action as soon as a defect is found. This reduces the cost of fixing them, aligning with the shift-left paradigm.

Finally, developers and testers can set standards and ensure the code adheres to them by establishing different processes and tools. Overall, CI/CD helps to reduce risks considerably.

In a CI/CD pipeline environment, all roles, including developers, testers, business representatives and infrastructure teams, must work together due to the interdependencies between their departments’ work. This helps to increase communication and fosters better collaboration among teams. It also helps everyone get insights into the work everybody is doing and how it all aligns with the project’s goals.

For an effective CI/CD pipeline implementation, we need automation right from the start — when you check in code, trigger tests and deploy the application. At first, it takes time to set up all these automated tests, but the ROI on the amount of time you save on manual effort is exponential once the setup is complete.

Can you imagine trying to build, test and deploy all your code manually? This approach would never work in the current era, where organizations deploy builds to production multiple times a day. While automated tests for routine, repeatable tasks get triggered at different stages of the pipeline, developers and testers can focus their efforts on other areas that need more critical thinking and manual effort, like coming up with new ways to implement code, ideas for new features, building utilities that help to deliver products faster, and much more.

A useful part of having a CI/CD pipeline is the data that you can get from each stage of the development process. Teams get extensive logging information at each step of the process, which helps them understand code better and aids in faster troubleshooting as soon as problems are discovered.

Users get notified if something goes wrong in the pipeline via alerts from integrated tools and email. These logs help for audit purposes and also ensure no issues are happening underneath the hood.

A great beauty of having a CI/CD pipeline is that you can roll back changes quickly. If any new code changes break the application, you can immediately return it to its previous state within minutes.

As the world shifts toward faster release cycles to meet growing customer demands, deploying quality code multiple times a day is no longer a luxury; it has become a necessity. If your organization wants to stay competitive in this growing market, a CI/CD implementation shift may just be the right approach. The initial groundwork may be time-consuming, but the benefits are worth the effort. It is about planning for the future and playing the long-term game.