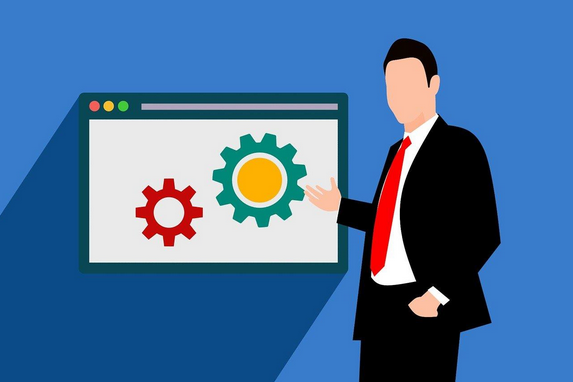 Continuous testing has made testing code much less intensive and time-consuming. The results of a recent survey, conducted over three quarters, provided fascinating insights into the continuous testing practices of different organizations. Let’s look at all the results and subsequent trends that originated from this survey.

What is continuous testing?

Continuous testing is executed as part of a software delivery pipeline to ensure that all risks are found. These tests are automated and do not require manual testers. They are, thus, the result of programmer action. Therefore, these tests can be completed faster and more accurately than manual entry and help to upgrade the software quality.

Most companies use a combination of DevOps to test their products. The software for applications is tested continuously as the software gets developed to ensure that any problems are found during the creation process. It then returns these test results to the programming staff through a dedicated channel so they can make the necessary changes.

Techniques that were used to conduct tests

Let’s now review the results of the testing survey and discover the continuous testing trends for 2022.

Surprisingly, however, this survey technique was done the least often — by only 12% of organizations. What’s more, the use of analytics to improve test coverage declined significantly during the three quarters that the survey was conducted.

One of the reasons for this decline could be that the organizations attained sufficient test coverage for their software and only felt the need to maintain it instead of improving it even further. Resultantly, shift-left testing combined with optimal test coverage can be advantageous.

The second technique that was surveyed also focused on improving test coverage, but this time the technique used the model-based approach to get that done. In this technique, test coverage is optimized by using a model that automatically generates a test case. These models show how they expect the system to behave under specific automated testing. In other words, the model is what you want your software to do in a real-world situation. Discovering the software’s potential problems in this situation helps to ensure that all aspects of the software are tested, resulting in improved test coverage.

The model-based technique was used more often than analytics to optimize test coverage. In this instance, 24% of organizations reported using it. Over three quarters, this technique also saw a marked increase in use from quarter 2 to quarter 3.

Testing in production is used during continuous delivery, where the software is released to real users in a live environment. As new code changes are made to the software, people can use it and give feedback on any bugs or problems they encounter. It is an example of shift-right testing.

This technique is used more often. However, many are still skeptical about this approach. Releasing your code into the world while it is not yet perfect can be scary. Nonetheless, it can be a valuable approach as it provides valuable real-world data capture.

The results showed that 26% of organizations used this technique. Very little change was observed as it saw no significant fluctuation in use over the three quarters.

This is an automated testing technique where multiple versions of the software are tested at once. It is an agile test that could also simulate components of the software to ensure that they are on track, allowing the coder to test against several different configurations simultaneously.

This method allows several tests to run at once, cutting down on the time it takes to get results. It also adheres to the set budget, ensuring that testing is done accurately. Plus, it provides better coverage since many scenarios are sampled to optimize the CI/CD processes.

The survey found that 27% of organizations used testing in parallel during the survey. This result was sustained over the course of three quarters with very few fluctuations observed.

Exploratory testing is often described as simultaneous learning, test design, and execution. It heavily relies on the guidance of individual testers to think outside of the box and uncover issues that would have not easily been identified by other tests.

This technique allows the simulator to think about specific uses for the software that might not have been previously tested or question how a product is used. By exploring the options, faults and bugs can be uncovered that might not have been discovered by any other testing technique. The tests are not necessarily created in advance. Instead, testers can check the system as they use it.

Compared to others, this method takes a bit longer. It won’t be used in all aspects of a program. Instead, it is used when testing a new product or feature or checking if bug fixes have worked.

The survey found that 28% of organizations do use exploratory testing. Between the first two quarters, there was increased use of this technique. However, the results also showed a decline in this method’s use by the third quarter.

Automated smoke tests are vital since they are designed to determine whether the deployed software build is stable or not. The results of this test can reveal faults that are severe enough to set back the release of the software.

This test looks for simple failures that can become big problems for a software’s build, rendering it unusable. It can be done as a continuous testing tool to find faults each step of the way. In short, it ensures that all functions of the software are working as they were designed to.

During the survey, 32% of organizations used this technique throughout testing, and its use rapidly increased during observation.

This technique packs together software code and all the necessary components that it needs to work — like libraries, frameworks, and other software dependencies — in one isolated system or its own container. This ensures that the tester can see if the system will continue to function properly when used by an individual. It allows them to run the application in isolation and check in on any non-cloud or cloud environment.

The survey found that 34% of organizations used containerization during their testing stage. However, its use declined during the second and third quarters of observation.

The idea for environment provisioning is simple: to create, test, and apply the codes that were created, but to also do the same for the underlying application environment where it is used. It ensures that modifications can be made to the environment to fit changes in how the application is built.

The survey found that 34% of organizations that used this technique lowered their usage over the first and second quarters, stabilizing at this declined rate in the third quarter.

Testing with production data was the last and #1 continuous testing trend surveyed. It allows the testers to do an in-depth product review in a real-world setting.

Many companies enjoy this technique of testing because it is less expensive and still allows for legitimate, valid, and complex results. It is a timely method that leads to robust testing of critical systems.

Organizations that want to use this method do, however, need to consider all of the factors, including whether or not their data will contain privacy-sensitive information. Then they would need to include a mask or filter to keep their information safe. Or they could simply remove the sensitive data.

The survey found that 49% of organizations used this technique and that its use increased significantly during observation. Subsequently, after considering all of the options, an organization considering which method to use may want to follow the lead of the other organizations that use this as the leading continuous testing technique.

Choosing something that will allow for the best test coverage or the most cost-effective — such as testing with production data — could be very beneficial. Continuous testing helps to ensure that all faults are found and that the software is of the highest possible quality by the time it is officially released.