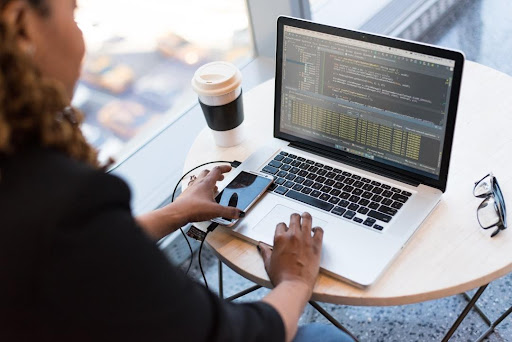 Software testing is one of the most critical steps in software development. It’s the process of examining the performance and behavior of a piece of software, ensuring it meets the developers’ standards before it reaches the market.

For a software application, quality assurance (QA) can take anywhere from 6 to 10 weeks, depending on the complexity of the plan and the program itself. However, since this process is necessary for every update and addition to the software, continuous testing time easily adds up.

The Importance of Optimized Test Cycle Times in Software Developers

A software testing life cycle (STLC) is the plan used to implement testing at various points of the software’s development and lifecycle. When optimized, the tests can be carried out systemically and periodically over the various phases of development. They can also be repeated as needed until the final product meets QA standards.

The primary importance of an STLC plan is the minimization and elimination of bugs and errors early on in the development process. This can help prevent larger issues that result from building on a faulty software base.

While indispensable, software testing can be optimized to better suit the software development timeline. The following are a few tips to help you reduce the overall time of software testing.

There are two ways you can perform software testing. The manual option requires the use of dedicated testing software in search of bugs and defects. However, this approach isn’t self-reliant and requires the active participation of a human to perform the testing and validate the results.

Automated software testing, on the other hand, reduces the need for dedicated personnel throughout the process. The tool is capable of independently running various tests and validating the results in highly detailed reports.

While switching to fully automated software testing approaches might not be possible for all developers, it’s still worth it to partially transition. Automated testing tools work faster and require fewer human resources and less supervision. By increasing the percentage of automation tools in your testing, you can drastically reduce the overall time of an STLC.

Test management tools are used to track the progression of a software test. You can also use them to plan testing sessions and connect them with your automated software testing tool of choice. Additionally, they can help you produce more uniform test results by processing the reports and results of various tests into a more interconnected report.

Similarly to automating the test itself, management tools can be used to reduce the overall amount of manual labor that workers would need to perform to manage tests. Furthermore, test managers enable you to prioritize certain tests and even certain aspects of a test that can be beneficial in a time crunch.

Parallel software testing is the practice of conducting multiple tests simultaneously, overlapping the time they take to run and produce results. This approach is best leveraged with test automation, allowing the two to cover multiple environments, device combinations, and various test configurations.

There are multiple approaches to software parallel testing that you can employ, depending on the need for testing and reporting. One approach is to run the same version of the software through multiple tests and on various types of devices and browser combinations. Alternatively, you can do the testing to compare two or more versions of the same software while controlling for configurations and environments.

The primary benefit of adopting parallel testing is the drastic reduction in testing time and the constraints it puts on the infrastructure’s resources.

4. Go in With a Testing Strategy

Software testing plans and strategy are important to ensure no part of the software is left insufficiently tested and grant you a big-picture view of what to expect from the testing process on a large scale. While they vary depending on the type of software, they’re a set of steps and documentation of what needs to be done during a testing session to pass the QA standards set for quality products and user experience.

A strategy allows both the QA and software engineering departments to be on the same page and work together toward a shared goal in a time frame that meets both requirements. At its most basic, there are three types of software testing strategies: unit testing, system testing, and integration testing.

Unit testing focuses on the smallest testable parts of the software. The tests can be automated and run in parallel but remain individual and isolated from one another.

There’s no one right way to develop a cutting-edge piece of software. However, there are countless high-risk areas where things could go wrong at any point during the development.

Ranorex is one of the leading providers of test automation software for developers. Countless software QA teams use Ranorex Studio from the early stages of development to automate rote testing of updates without posing constraints on time and resources.

Request a free trial period of our test-automating solutions to help you test smarter, not harder.