How to Test Web Services with Ranorex

This blog post will illustrate how easy it is to test your web service using Ranorex. In detail you will add a web reference of your web service to your Ranorex Solution and validate the functionality of the service via user code actions.

To illustrate web service testing, we have chosen an easy to follow example based on sample web service provided by w3schools.com. Basically we will take a given temperature in Celsius, convert it to Fahrenheit and reconvert it back to Celsius. Finally we compare the calculated value with the initial one.

What is a Web Service

The W3C defines a web service as a software system designed to support interoperable machine-to-machine interactions over a network. It has an interface described in a machine-processable format called the web service description language (in short: WSDL). Other systems interact with the web service by the mentioned description using SOAP messages. Those messages are typically conveyed via HTTP using XML serialization together with other web-related standards.

Summarizing we can say that it is an interface to quickly provide functionality over a network, such as adding two numbers and retrieving the result. For instance each type of cloud computing is using web services nowadays.

Ranorex allows adding web services as web references to your Ranorex solution. This means that you can access and in further consequence test web services using Ranorex.

Let’s now have a look on how you can test your web service based on the following web service example that converts Celsius to Fahrenheit (and vice versa):

Adding Web References to your Solution 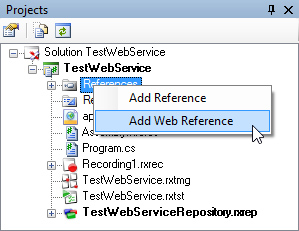 Enter the URI of the web service to the address bar and press the “Go” button. The “WSDL” tab will automatically give you a description of the provided functionality. Enter a speaking reference name as well as a speaking namespace through which you want to access the service. 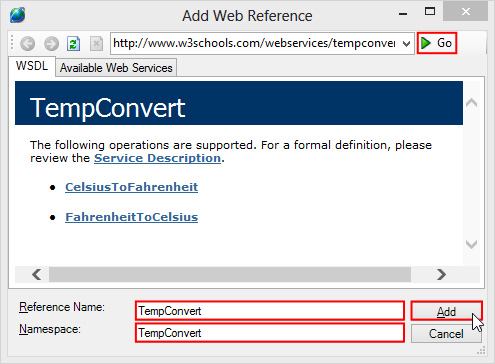 After adding the web reference you will see a new folder “Web References” within your “Projects” view. When opening the folder you will see the just added web service holding an automatically generated class “Reference.cs” including methods provided by the service. 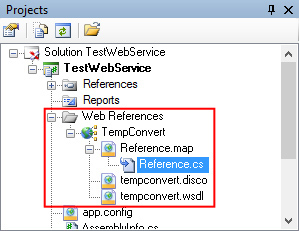 The automatically generated class allows you to access the web service directly. There are two different approaches to do that: user code actions as well as code modules. In this blog we will treat the first approach user code actions in combination with validation actions and variables. 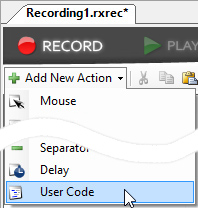 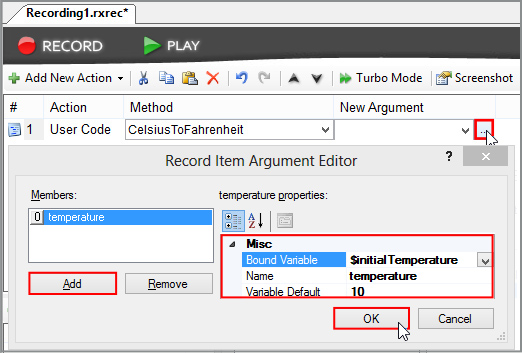 Right-Click the added action and choose “View Code” to add functionality to your user code action. 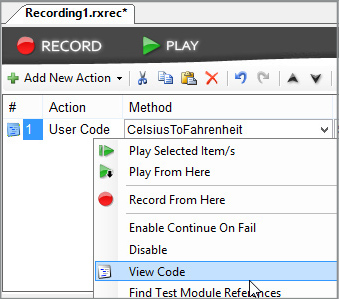 Update the generated code as follows:

We add a member converter (from namespace TempConvert and class TempConvert as defined when adding the web reference) to our recording class which has to be created in the Init method.

Now, as we know how accessing a web service works, we want to validate whether or not our methods provided by the web service operate correctly. Therefore we add an additional user code action calling the FahrenheitToCelsius service as well as an action validating whether conversion and reconversion work as expected. Doing this, the user code might look as follows:

The recording and the corresponding report will then look like this: 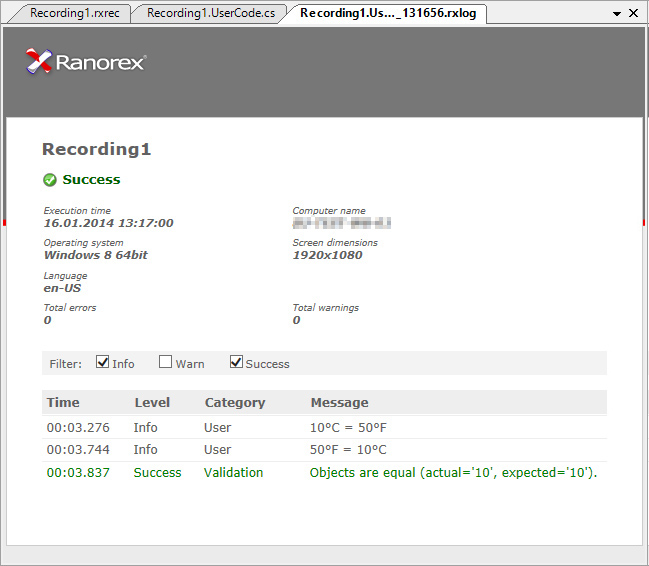 In the preceding sections, we saw that accessing and testing web services is pretty easy. All you need is a little bit of programming skills after the web service has been added to your solution as a web reference. To get the most out of your user code, also have a look at the corresponding chapters in our user guide: