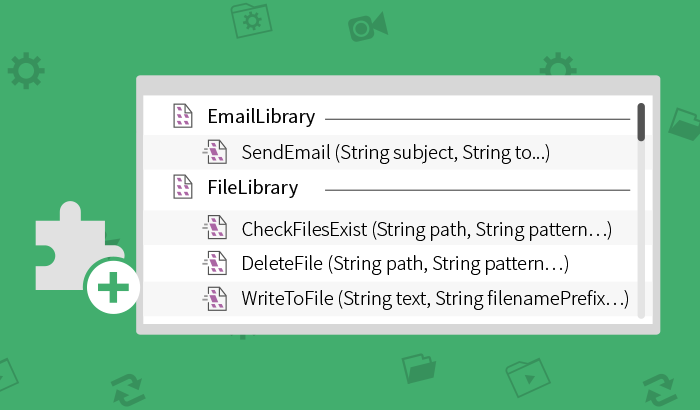 What are Ranorex Automation Helpers?

How to use Ranorex Automation Helpers

For more information about Ranorex Automation Helpers, please refer to our user guide. There you also can find a full list of all available modules and user code actions.

Download the new version of Ranorex now and get started using the new Ranorex Automation Helpers.