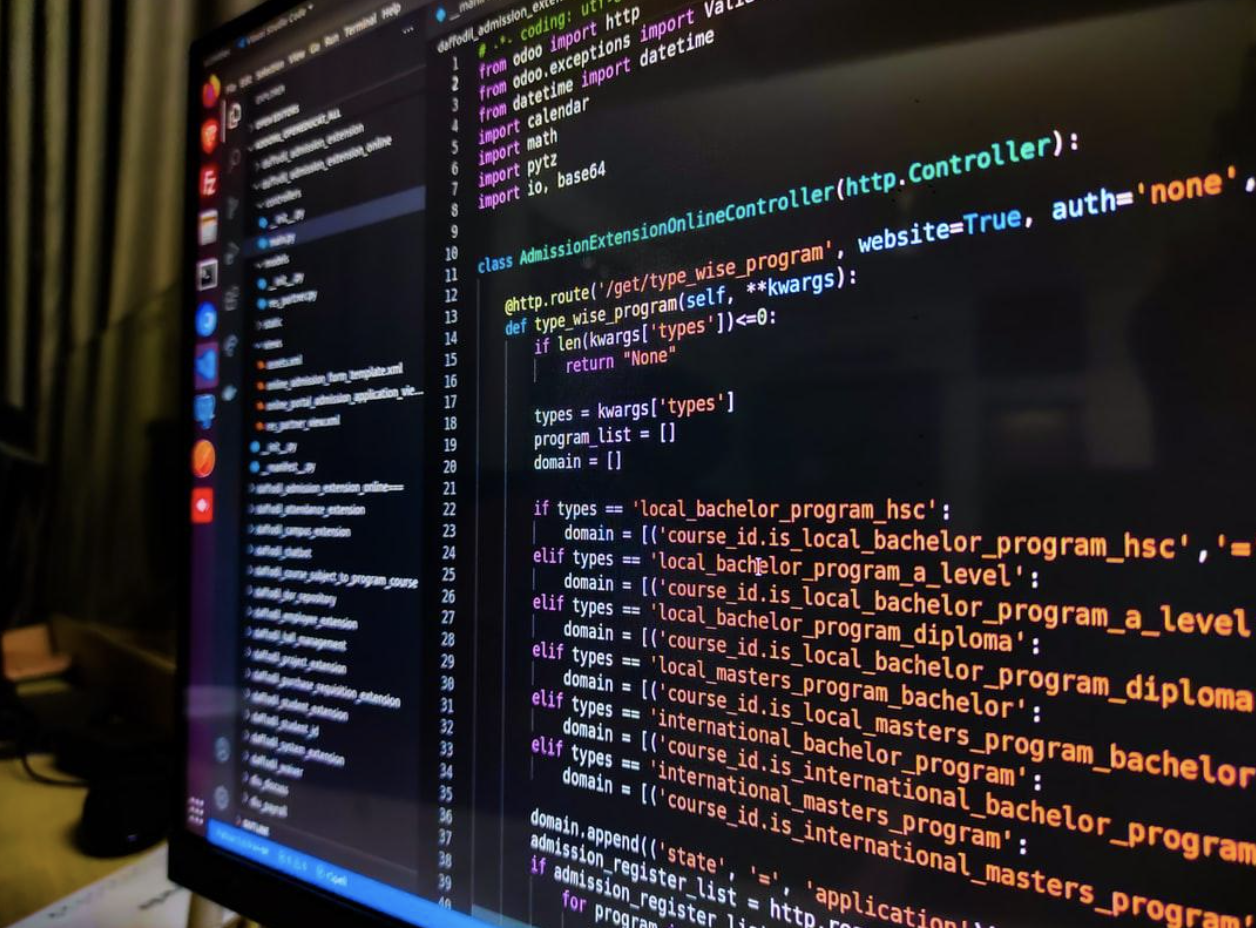 While competing in the exacting modern software market, many companies find  integrating automated testing into their overall testing process beneficial. This guide will help you better understand the different types of automated test solutions and how developers strategically use each to speed development and improve overall product quality.

Why Is Test Automation Necessary?

Customers demand fast, secure, efficient, reliable, intuitive, fully featured, and flawlessly coded applications. To keep up with the pace, developers incorporate automated software testing into their production processes. In addition, today’s continuous development lifecycle and dependence on external libraries, including open source ones, to build applications call for the ability to repeat tests each time developers change the coding.

Since application changes are continuous, each revision requires complete vetting to check for potential errors or conflicts introduced by modifications. The result is a mounting amount of repetitive and time-intensive tests that quickly become too burdensome to perform manually.

One of the primary benefits of automated testing is having software automated testing tools run code assessments that must repeat frequently or are too tedious and time-consuming to run by hand. Additionally, maintaining a standard of accuracy while continuously testing new revisions becomes more complex over time.

The solution for many developers includes a shift toward using more automated testing tools to improve efficiency and speed in their software development processes.

A thorough understanding of the distinct types of automation testing will help as you seek to implement the automation framework that will best support your business.

What Are the Different Types of Automation Testing?

This guide discusses the two broad software testing areas — functional and nonfunctional — as well as each type of testing within these categories:

Each type of automation tool affords specific advantages and concerns that developers must consider for their situation.

The first screening that software testers perform on newly revised software is known broadly as functional testing. This testing verifies that each feature of the software functions as users require.

The process checks that the application under test’s (AUT) user interface interacts correctly with network applications and connected databases. In addition, high-level software communication layers receive scrutiny from trials designed to ensure the application’s front end is secure and works according to specifications.

Functional testing is concerned with obtaining the expected output from a given input, regardless of any other variables. Tests that decouple the program’s functions from its backend operations allow testers to determine if revisions have created issues with how the program works from the user’s perspective.

As software grows more dependent on communication and security concerns become more of an issue, functional testing is increasingly becoming a more complex and time-intensive process well-suited to the trend toward UI automated testing.

While functional tests check how a product’s configuration and installation influence its behavior, nonfunctional tests look at how an application behaves due to external factors. These tests are concerned primarily with security and application management.

Since these tests look at how programs conduct non-human interactions, they are typically automated.

Keyword-driven testing is a functional automation testing framework. It uses verbs from a table or spreadsheet to describe each test function performed.

This test method does not require advanced technical expertise since it uses human language to describe application processes. Keyword-driven tests allow more involvement from various disciplines’ team members. Additionally, removing the high technical skill level barrier offers an opportunity for an earlier conceptualization of test designs, which often results in software that is highly refined from its inception to maximize efficiency and functionality.

Testers can build multiple scripts from the exact keywords since each word represents a discrete action. Consequently, test results become easily read test cases that can be updated and reused without worrying about platform issues or specific programming languages.

Integration testing ensures that an application’s separate modules work correctly after code revisions. In addition, it catches communication glitches between application components that may have already proved functional when operating as stand-alone units.

This testing automation allows testing in a tiered arrangement by first testing individual components paired together, then by connecting various sets and subsets and comparing the results.

Unit testing ensures that each code object is not relying on other functional modules or any external code to operate correctly. However, due to the extreme testing volume, isolation of every code module is not always a practical solution, especially in large code bases.

Automating unit testing helps to increase the number of individual application components that can undergo testing. In addition, by breaking the source code down into objects for testing, developers have the freedom to make changes without affecting any operation in the application.

Testing each component is time-consuming, so unit testing is usually automated and focuses on applications where a thorough, granular understanding of the code base is necessary.

An early stage of functional testing is known as smoke testing. If an application “passes the smoke test,” the program’s primary functions have been tested and are working correctly.

Smoke testing focuses on catching major operational bugs on software before release. The test is a cost-effective way to detect problems that users will encounter.

As last-minute updates are pushed out before a release, running a smoke test gives developers a chance to fix any unexpected problems or conflicts cropping up in the program’s front end due to updates made to the source code.

Often when developers identify and fix a bug in a program, the code revision can cause other bugs to occur. Regression testing helps isolate which change produced the undesirable results. Continual development requires frequent regression tests throughout an application’s lifecycle.

Targeting only areas likely to be affected by commits to the source code and automating regression testing helps developers prevent errors from accumulating as they make product revisions.

A nonfunctional test, performance testing measures how well an application performs under different conditions. The test measures the AUT’s speed, latency, and stability as it relates to the system’s characteristics in terms of reliability and efficient use of resources.

With performance testing, developers attempt to approximate real-world conditions and push the application to its limitations. Finally, they collect and analyze the results to determine the cause of operational problems.

Security testing provides a way to detect possible risks to the system before malicious hackers get a chance to exploit them. In an environment of highly complex code libraries built from discrete external objects from various sources, developers must fix security issues throughout the coding process.

Automated security testing allows developers to check if they are introducing security holes at each development step. This process helps create software products that keep user data and networks safe and secure.

This software testing method uses a table of conditions to provide test inputs and store the resultant outputs. First, testers create a storage file with fields for test scenarios that range from best to worst case. Then, developers use the table to create a script that uses the data in the table as variables.

Data-driven testing facilitates the creation of an automated framework in which the stored data powers the testing processes and expedites making a new test for each data set.

Automation is already present in the data-driven testing process. This test allows one test that testers can plug in the appropriate values and obtain results for multiple test runs.

Streamline the Testing Process With Automation

As the shift-left trend toward DevOps enters the mainstream of development, software testing engineers must find ways to keep up with the accelerated pace of development cycles. In addition to performing the ever-increasing number of testing runs necessary to allow more frequent code revisions, developers must also collect, analyze, and store the resultant enlarged data sets.

More frequently, companies see the benefits of automation testing emerge as an effective tool with established best practices. Automating the testing processes that consume the most time and whose omission is likely to cause performance issues in the final product helps companies compete more effectively in the modern software arena.

Creating automated tests that help develop secure and better-performing applications is a significant undertaking out of reach for many development teams. One possible solution is working with third-party tools from providers with experience in all types and phases of automation testing.

When you partner with Ranorex, you have access to the experience and knowledge in automated testing software to help you achieve your business goals. Our flagship product, Ranorex Studio, provides turnkey UI test automation across desktop, web, and mobile devices. Consider connecting with Ranorex by exploring the  Ranorex Studio suite of development tools. 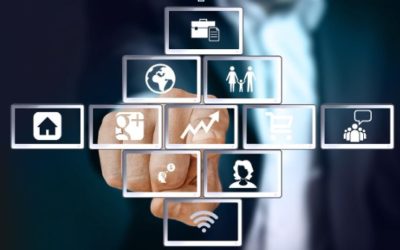 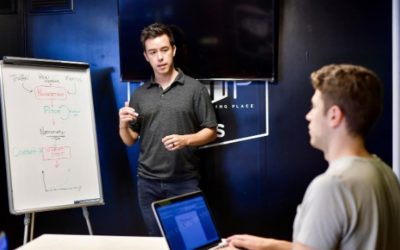 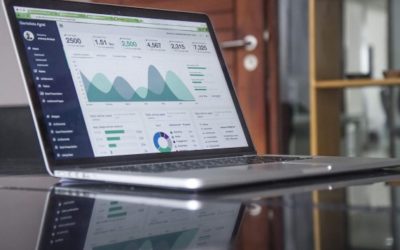