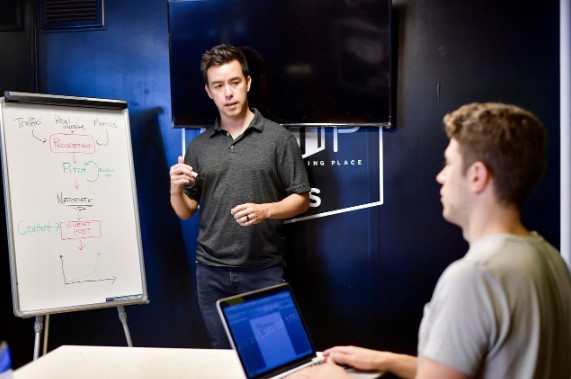 When you work in the software industry, continuous testing is the name of the game. From quality assurance tests to blockchain testing, understanding, performing, and interpreting tests in an efficient manner is an integral part of the software development life cycle.

It’s important to have a wide range of software testing tools in your arsenal. Different aspects of your software require different kinds of tests to ensure premium software quality. Understanding current software testing trends keeps your testing team on the cutting edge of success.

What Trends in Software Testing Should You Watch for in 2023?

Here are the top 10 current trends in software testing your testing team should familiarize itself with today.

DevOps — short for development and operations —  is a software testing trend that applies principles from agile methodologies in a new way. In essence, DevOps provides continuous testing by taking any code that’s input and immediately building it and putting it into production. This reduces the development time for new software by catching mistakes as they happen rather than months down the road.

Artificial intelligence (AI) has created a new field of software testing that relies on machine learning rather than human interference.

AI is key to modern software testing because, unlike robotic automation software, AI has the ability to collect data and learn over time. By learning about the testing cycle and applying reasoning and problem solving, AI can reduce repetitive tasks in the software testing process and simplify the software development life cycle.

Mobile devices are taking the world by storm, with 62% of all website traffic coming from mobile devices. So, it should come as no surprise that mobile device testing is one of the major testing trends for 2023. Even if you’re not making a strictly mobile application, you can anticipate that your customers will want to be able to access your software from mobile phones or tablets.

Mobile app testing automation tools make it easy to check if your software is compatible with both Android and iOS devices.

One of the most important things you need to do before releasing new software on the market is ensure your software integrates with the other tools your clients are likely to be using. Software that performs perfectly in a vacuum can have major issues when you try to combine it with other modules.

Integration testing is all about helping your team create stable software that can work in any environment. This software can do things like:

Performance testing measures how well your software performs when put under stress. It could include large, complicated data sets. Or it could involve trying to run software while multiple users are logged in and doing different things.

The goal of performance testing is to ensure your software holds up when buyers are using all of its features to their maximum extent.

Scriptless automation testing is helpful because it takes minimal effort to set up and can be used even by members of the testing team who have minimal technical know-how.

Any time you make a change to your software, there’s a chance that the change can have unexpected consequences to the rest of your software. That’s where regression testing comes in.

Regression testing not only ensures stable software, but also prevents you from losing track of which code changes might have caused software errors or glitches.

Continuing to test your software can be an arduous process. RPA automated testing relieves some of that burden by following directions to perform repetitive tests on your software.

RPA testing can be helpful for performing regression tests. It can also be used to improve performance tests by loading the system with numerous fake participants.

Stay on Top of Your Testing Process

The more types of tests you run on your software, the more likely you are to produce robust, reliable software that your customers will rave about. By understanding key software testing trends of 2023, you set your team up to reduce bugs and errors in their software and improve trust with clients.

Get started today with a free trial of Ranorex, and learn how automation tools can make the software testing process easier and more reliable than ever before.