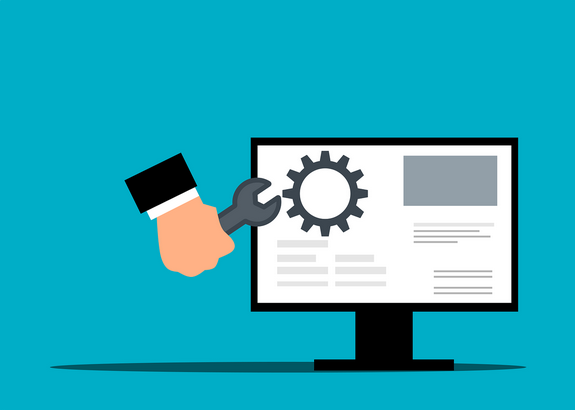 There’s been explosive growth in the creation of new web applications. Because of that, there’s been a significant push to modernize current coding practices. That includes the rapid expansion of DevOps, which encourages more collaboration between development and operations teams to push a software product out to the market.

So, how does TestOps fit into this picture? Was there really a need for yet another discipline? What does TestOps bring to the table that Waterfall, Agile, or DevOps don’t already cover? We’ll try to answer questions about TestOps and how it can benefit software testing and quality assurance (QA) teams.

For a small team working with a simple application, running automated tests isn’t too complicated. However, that can change as the code base gets larger and there’s a resultant need to bring in more support personnel.

Suddenly, the simple little program used by a few people becomes something many teams depend on. As the application grows, there’s a need for more robust testing practices to ensure there are no issues delivering new features.

TestOps involves using automated tools to scale up testing resources as needed. When customers request yet another feature to add to the application, TestOps ensures there’s a framework in place to facilitate faster testing by coordinating the activities of development, operations, testing, and QA.

There’s often no time to wait for manual regression testing in today’s world of rapid development. Trying to take testing and QA shortcuts to meet a deadline can lead to the release of sloppy code and some very unhappy customers.

TestOps instills a framework around the management of test operations that allows for:

Instead of having disconnected teams handling individual processes, TestOps helps form a pipeline for monitoring and testing software. That coordination leads to better code, faster releases, and fewer defects in the final product.

How Does TestOps Compare to Other Development Approaches?

To understand how TestOps can improve your organization’s ability to create quality products, it’s important to understand other methodologies used in software development.

Waterfall is the oldest of SDLC models and still used by many organizations. Projects get broken down into phases. Teams must complete all the work in one step before moving on to the next. The flow proceeds in a straight line, and there’s no overlap between different stages.

The advantage of using the waterfall model is that it was simple to understand and manage because of its rigidity. There were specific deliverables included in each phase that underwent a review process. Teams had easily-understood milestones designed to leave little room for confusion.

However, that meant there was little room for making changes. If a feature got left out of the initial requirements, the waterfall model made it difficult to adjust. In addition, customers had to wait until the end of the development cycle to get a glimpse of the emerging product. If something wasn’t right, businesses had to spend additional money to go back and fix the mistakes.

The inflexibility of the waterfall method led to a rise in the use of Agile methodology. With Agile, there are multiple development phases called sprints. Each sprint includes steps for collecting requirements, planning work, coding, testing, and product release. That meant developing the software in gradual increments, giving customers the opportunity to make recommendations for changes or features to include to the emerging product in future sprints.

The one drawback to Agile is that it primarily focuses on software development. There were still gaps that emerged when it came time to pass code over to operations for delivery. DevOps addresses this by enabling collaboration between development and operations teams earlier in the development cycle.

Instead of waiting until the end of a sprint to start testing, the process started at the beginning of requirements gathering. In doing so, DevOps shortens product delivery time and allows organizations to get their products out to consumers faster.

The combination of Agile and DevOps helped smooth out bumps that prevented the speedy delivery of quality software. However, the increased level of testing required for DevOps meant that teams needed a way to scale up testing for projects — hence the need for TestOps to coordinate and automate those activities throughout the development lifecycle.

What Are the Key Components of TestOps?

Having discussed different software development methodologies and the need for a TestOps framework, it’s time to break down its main features.

Planning starts early and should continue throughout the development cycle. Here, teams set priorities for different tests based on risk, complexity, current coverage, and other factors. With this in place, there’s a general understanding of what requires testing, a test’s overall objective, and who bears responsibility for conducting each test. To keep project teams aligned, all stakeholders, including business owners and quality team members, should collaborate on mapping out a document that outlines all testing decisions.

Control is about setting the standards for conducting tests. If it’s a code review, you ought to have individuals who understand the program going over the code and making sure there are no issues that could lead to bugs. It’s also good to have testing experts guide team members on how to efficiently use testing automation tools and avoid bottlenecks. In addition, there should be change control processes in place to standardize how the team handles testing functions.

The management phase covers oversight of how teams conduct testing. That includes coordinating who will be responsible for specific tests or setting a testing priority. Responsibilities include setting up naming conventions, establishing standards for organizing tests, and figuring out who owns specific tests if one fails. That way, it goes directly to the person responsible for addressing the errors.

Insights cover the information collected during testing to give teams more clarity about whether a product is ready for release, if all quality standards have been met, and how effectively the team conducted each development iteration. What you learn from here can help your team find ways to make improvements during the next product release.

Tips on Getting Started With TestOps

The best way to get started with TestOps is by integrating automation testing tools throughout the development lifecycle. You want something capable of connecting your DevOps and testing functions to allow continuous feedback between both areas.

In addition, your organization needs a way to organize and manage tests, requirements, and integrations in one space. You want each team involved in the project to have the ability to access any tools and integrations. Your platform should make it easier for developers, testers, and other IT personnel to collaborate.

Make sure you pick the proper tests to build into your automation framework. To truly embrace a DevOps mindset, project teams should incorporate testing at every part of the pipeline. Teams need to set up a proper testing strategy for everything, from requirements to software builds. That way, you avoid having bugs making their way into a finished product. Sometimes repairing those mistakes can mean breaking the budget that’s set for the software project.

Ranorex empowers organizations looking for automation to help streamline product development. We have solutions designed to support various industries. Our low-code/no-code solution and UI make it easier for you to start using automation to manage critical business processes. Learn more about what our team can do for you by contacting Ranorex to set up a free consultation.