Ranorex Studio is a solution for developers and testers looking for simple, data-driven automated testing. Try some of the testing features today with a free trial.

Why Use Automated Testing Tools?

Automated testing tools provide quality improvements while cutting costs. Put yourself in the user’s shoes and discover the vital feedback you need to increase functionality. Manual GUI testing can suck up a large chunk of time and money, and even more so through repeated tests for each browser and device. Automation executes repeated tests across all browser-device combos in a fraction of the time.

Why Use Ranorex Studio?

The Ranorex Studio is a faster automated UI testing solution that includes all the capabilities a developer might need in one comprehensive download. From navigation and controls to images and colors, Studio provides coverage of every aspect, including error messages and beyond. Get it all in one place with a free trial. 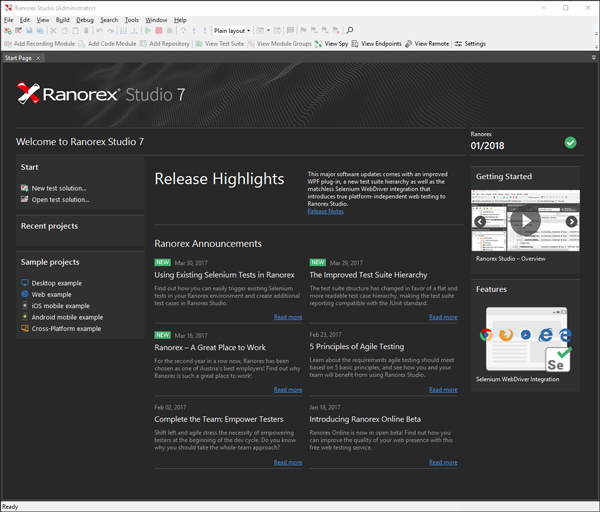 Automated Testing Tools for Every Platform

Since Ranorex Driver supports any programming language, testers familiar with Selenium Webdriver can quickly create tests for their desktop applications using the same IDE and framework they’re already accustomed to.

Ranorex Studio allows you to use external data from CSV, Excel files, and SQL databases. Run the same test with different data and get more coverage in a reduced timeframe.

Using the Ranorex Recorder, you can easily record your test automation workflows. No coding is required with these simple automated tools.

Utilizing all the standard programming languages, you can create flexible scripts without the need for scripting language for automation. Ranorex Library is based on the Microsoft .NET framework. With the Ranorex API, create projects entirely in C# or VB.NET and extend your vode using Ranorex Automation Helpers.

Our flexible test suite creates infinite test scenarios. Combine previous tests or run custom configurations. Do it all in this comprehensive suite, from handling parameterization to configuring data bindings and beyond.

Environments are configured in the central command center (the endpoint panel). Tests can be run on external web and mobile endpoints to your cloud provider, including the Selenium Grid.

Ranorex Agents allows you to simultaneously run remote desktop tests in different environments while still having total access to your machine. Once the automated tests have been fully executed, you’ll receive a notification of the report.

It’s easy to identify defects and bugs with a fully customizable report in Ranorex Studio. Test runs are completed with an XML-based report that provides a total overview of the entire test execution flow. Look back at recordings to discover where things went wrong and jump back to that exact step.

Everything you need will be at your fingertips thanks to the many tools that are included within the purchase of Ranorex Studio.

Ranorex Driver is a great option for Selenium Webdriver users who need to perform desktop automation and testing. Ranorex Driver is only usable for Windows desktop applications via Selenium Webdriver code. It’s compatible with Java, PHP, and Python, offering a secure, high-performance test execution cloud. Streamline your development processes and accelerate releases by cutting testing time into fractions with this tool that’s perfect for the whole team.

Ranorex Spy offers convenient analysis opportunities within a UI to identify controls and elements on all devices and browsers. Development gets faster while test time decreases. Run applications through a UI element scanner that will allow you to identify elements and objects and keep track of changes.

Ranorex API offers unrivaled object recognition. Get the most customized reports possible across any device or browser using your .NET IDE of choice. This tool is notable to developers for its reporting, repository, and recorder for video reporting.

With Ranorex, you’re getting so much more than just our all-inclusive tools. You’re also getting superb customer service, integrations, and more.

Adding Ranorex Studio to your already existing tool chain gives you access to all our integrations. Check out the full list of integrations.

Get access to streamlined reporting, including customized reports and video reporting to save time and money.

The tool is easy to use for users of all experience levels with simplified training certifications customized to meet your team’s needs.

Ranorex Studio is available in multiple different purchasing options. Check out the plans and request a quote for the tools that fit your needs today. 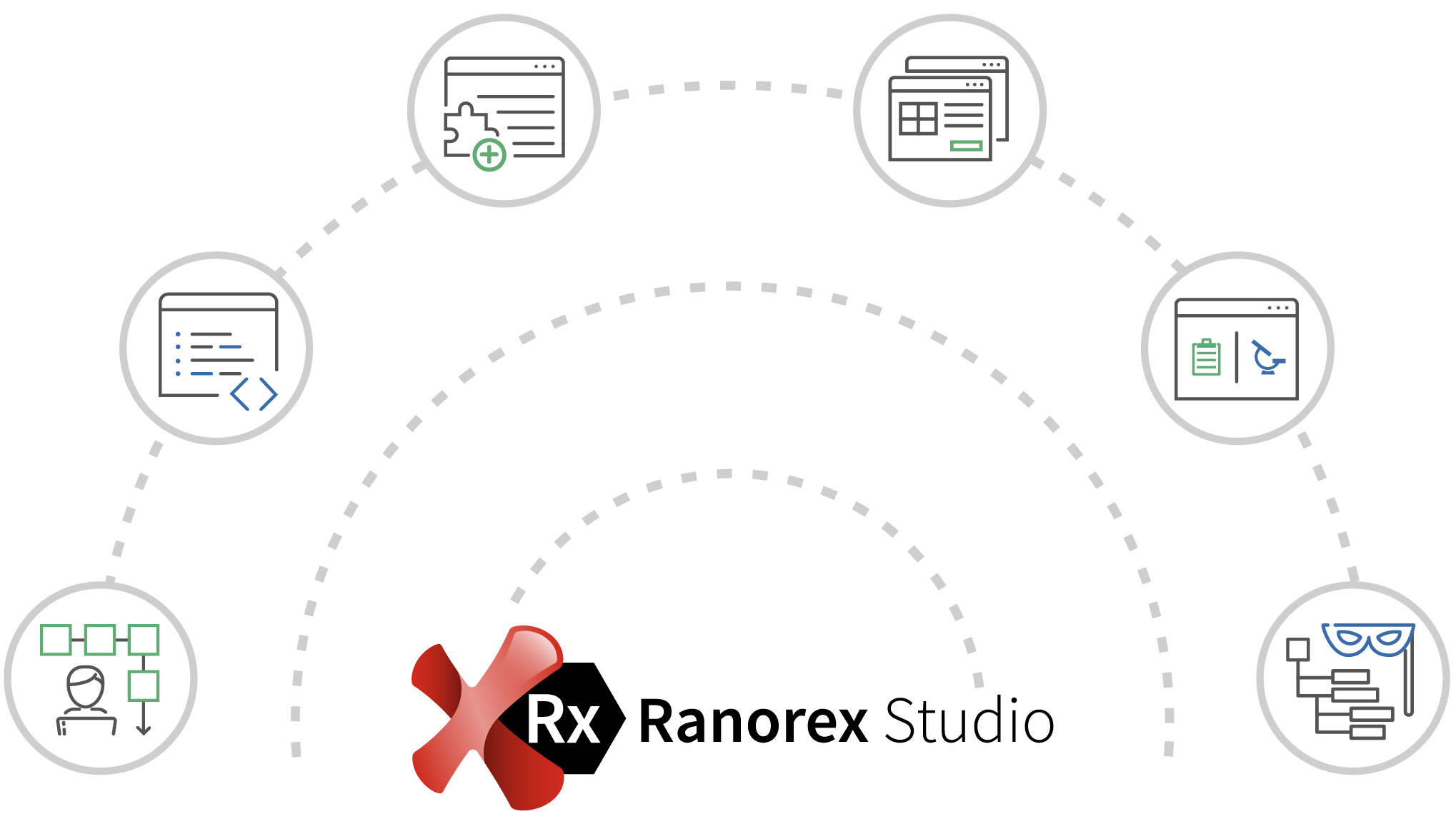