Automating Tests on a Mac with Ranorex Studio 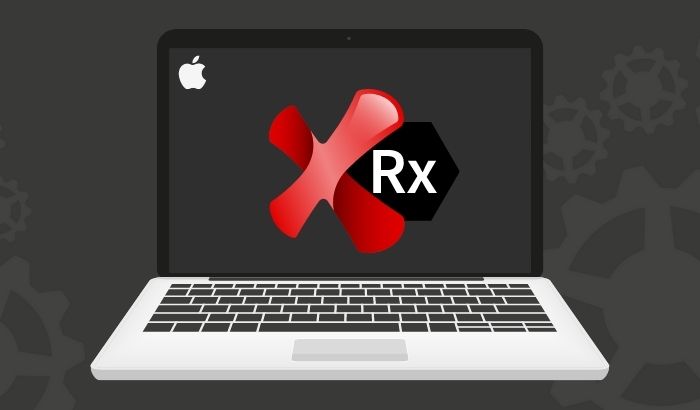 Occasionally, we’re asked whether you can use Ranorex Studio on a Mac. There are actually two parts to this question:

Let’s take a look at each of these questions.

1. Installing and Running Ranorex Studio on an Intel-based Mac

The answer to the first question is “yes”! You can install Ranorex Studio on an Intel-based Mac running Windows 10 to automate tests for Windows desktop, web, and mobile apps. This is a great solution if you already have a Mac OS computer with an Intel chip and don’t want to buy a separate Windows computer just to use Ranorex.

However, as of December 2021, the latest version of Windows (11) is not supported for installation on the most recent Apple Macs (those with an Apple Silicon M1 chip). To determine whether your Mac has an Intel-based processor or the Apple Silicon M1 chip, click the Apple icon in the top-left corner of your menu bar, and then select “About This Mac”.

The requirements for Ranorex Studio include a Windows operating system, so you’ll need to use Apple’s native BootCamp utility or a virtualization solution such as VMware Fusion or Parallels Desktop for Mac. Most Ranorex Studio users on Mac choose Parallels. Whichever option you choose, you will need a license for Microsoft Windows 10 that you can install on a Mac.

Once Windows is running on your Mac, the process of installing Ranorex Studio is the same as on any other Windows computer. How you execute your tests will depend on the platform being tested. For example, you could set up endpoints to test iOS or Android devices. You could run tests on Windows computers manually using the Remote Desktop Protocol (RDP), or else run them automatically using a Ranorex Remote Agent. You will need at least one runtime floating license for remote test execution.

Ranorex Studio supports the use of Appium through a WebDriver endpoint to test mobile web apps using native browsers such as Safari for iOS. However, Ranorex currently does not support testing native macOS applications.

For more information on configuring a WebDriver endpoint for Ranorex Studio, refer to our user guide.

What’s the future of Ranorex Studio for Mac?

Microsoft Windows is still the dominant operating system worldwide. In October 2021, Statista reported that Windows had a 71% market share worldwide for desktops, tablets, and consoles; with Apple in 2nd place and Linux in third place. When it comes to platforms for software development, Windows is still the leader with 61% of respondents preferring Windows, compared to Unix/Linux at 47% and macOS at 44% (the numbers add up to more than 100% since respondents to Statista’s survey could choose more than one option.)

At Ranorex, our mission is to enable test automation for as many software testers as possible, regardless of automation skills, development technology, or platform. We have initiatives under evaluation or in-progress to support that mission, such as including expanded support for additional WebDriver actions. We’ve recently introduced Ranorex Driver which makes it possible to use Ranorex with code written in almost any language, including Java and Python, and with tests written using the Selenium framework. But we’ll continue to prioritize development of Ranorex Studio as a Windows application, since statistics show that’s the platform preferred by the majority of users and developers.